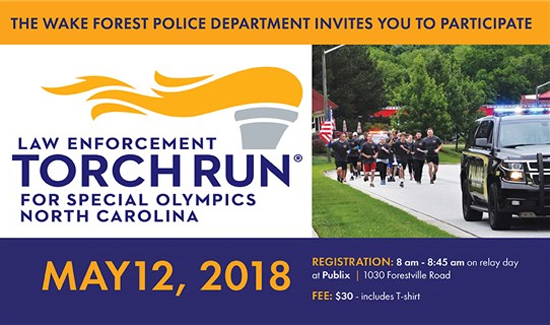 Via the Parker Pioneer

The Law Enforcement Torch Run for Special Olympics passed through La Paz County May 1 and 2. The Colorado River Indian Tribes Police Department brought the torch into Parker and held a community party at Western Park.

The CRIT Police turned the torch over to the Quartzsite Police Department, who carried it through their town with an escort from the Arizona Department of Transportation Enforcement Division.

The Quartzsite officers turned the torch over to the Maricopa County Sheriff’s Office for the run to the Arizona Summer Special Olympic Games, which were held May 3-5 at Kellis High School in Glendale, Ariz. 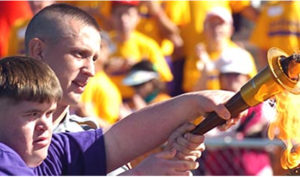 This year marks the 50th anniversary of the first Special Olympic Games, which were held July 20, 1968 at Soldier Field in Chicago. More than 1,000 athletes participated.