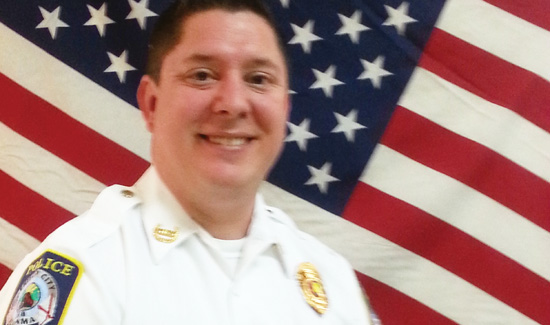 I would like to add my thoughts on the controversy over so-called “militarization” of U.S law enforcement. I think the media has created a one-sided view of this issue, and those of us who support the 1033 program and have benefited from it should speak out.

My agency, the Frisco City Police Department, is located in Southern Alabama. We are a town of 1,300 residents and have four sworn officers.

Most law enforcement agencies—both big and small—spend up to 75% (and even higher, in some cases), on salaries and benefits for personnel. This leaves very little left over to purchase equipment and other necessities.

I feel strongly that law enforcement agencies should apply for equipment and items they have a need for and can benefit from. But it is crucial that agencies get the community to support the use of the equipment. Public awareness of how and why the equipment is being used is key.

The Frisco City PD has a strong history of proactive community policing, so we were well-positioned to reach out to them and let them know why we were taking advantage of getting equipment via the 1033 program.

The 1033 Program (1033 National Defense Act of 1997) authorizes the Department of Defense to transfer used military equipment to state and local law-enforcement agencies.

Equipment like Humvees, ballistics, weapons, personal protection equipment, to name a few, are transferred to the agency at no cost.

The Humvee we acquired has turned out to be a lifesaving asset during critical incidents and natural disasters such as hurricanes and tornadoes. The vehicle is all-terrain and is extremely useful in situations where there is heavy debris or high water.

We also acquired two additional M-16 rifles, weapons which give my officers the ability to put more space between them and an armed offender or other serious threat. The M-16s provide more safety for my officers and greater shooting accuracy during an active shooter situation.

Despite the benefits of the 1033 program for agencies across the United States, there has been intense criticism of the program. Many have decided that military surplus equipment being used by local law enforcement is creating more mistrust between us and the communities we serve.

I believe we can overcome these negative attitudes about the program if our respective agencies only apply for items that are needed and that the community will benefit from. If the public understands how the equipment will be useful in keeping both the officers and the public they serve safer, they will support the program.

Mike West is the chief of the Frisco City Police Department in Alabama.

As a retired Law Enforcement Officer with 33 years, we received many items from the military, we did get a lot of M-16s, which we removed the interrupters so they would not be fully automatic. Our first SWAT vehicle was a donated Armored Car….The Jade Helm exercises has me a bit concerned given this administration that wants to criminally charge a Lt. Commander that defended his men in Tennessee!