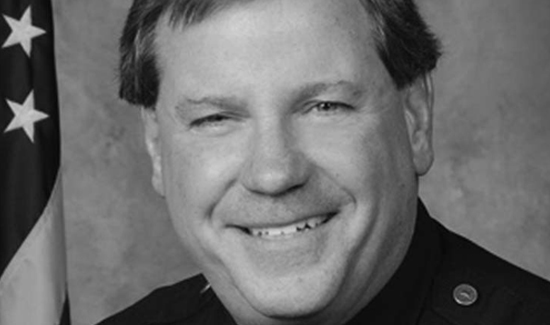 Movie director Tony Tarantino—brother of Quentin Tarantino—has announced that 10 percent of the net profits from his upcoming movie “Prism” will go to support police officers across the United States. The funds are intended to positively impact the lives of those within the law enforcement community and the residents they serve.

Last Tuesday on the “Afternoon Delight” show with Tony Boldi, Tarantino revealed the above pledge to the world. He hopes that it will bring law enforcement back into the spotlight in a good way as “Prism” shows just how much some of these men and women have to endure to do their job—actions that many times go unappreciated.

This pledge will span the three-year life of the distribution contract and monies will be paid out as they come in. The 10 percent pledge covers domestic and international markets as well as the sale of DVDs, Blu-ray, Netflix, and other media distribution outlets.

“I have always been a strong supporter of law enforcement, and it is my hope that our country will take a closer look at the sacrifice the men and women wearing police uniforms make each day to try and keep us safe,” said Tarantino.

Tony is working with the LAPPL to make a difference and to help officers’ voices be heard. Funds will be sent to the LAPPL for distribution to other law enforcement agencies to support projects and efforts that promote safe communities and police officers.

Tony has secured a distribution contract for 3,000 theaters within the USA and in each of these theaters there will be a Support Law Enforcement Donation Box so that moviegoers can donate as they are entering and leaving the theater. We also hope to include on-screen publicity prior to the movie commencing.

“We are appreciative of Tony’s effort to provide funds to assist law enforcement professionals throughout the nation. We look forward to supporting worthwhile efforts to bring the communities we serve closer to their police departments,” said Jerretta Sandoz, vice president of the Los Angeles Police Protective League (LAPPL).