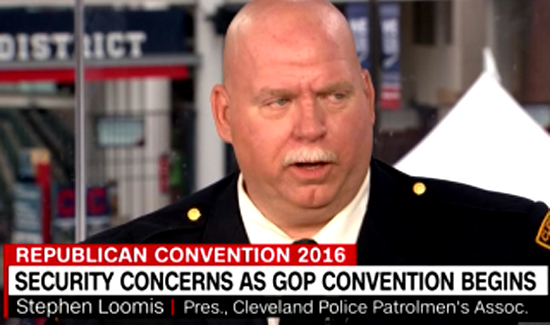 “We are sending a letter to Gov. Kasich requesting assistance from him. He could very easily do some kind of executive order or something — I don’t care if it’s constitutional or not at this point,” Stephen Loomis, president of Cleveland Police Patrolmen’s Association, told CNN. “They can fight about it after the RNC or they can lift it after the RNC, but I want him to absolutely outlaw open-carry in Cuyahoga County until this RNC is over.”

State law in Ohio allows for licensed firearm owners to wear their weapons in public. With the exception of a small “secure zone” inside and around the Quicken Loans Arena, residents, delegates and protesters are legally permitted to walk around the city — including within its 1.7 square mile regulated “event zone” — any firearm not explicitly banned by the state.