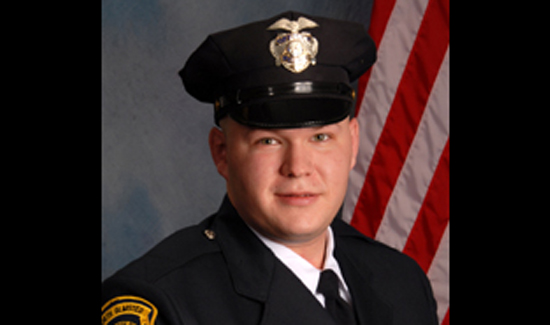 Kudos to Officer Matt Beck of the North Olmsted, Ohio Police Department, who is being hailed as a hero after he risked his life blocking traffic. Along I-480 near Cleveland’s international airport, Officer Beck notices 51-year-old Richard Solis driving erratically on the road.

Beck pulls him over, believing he may be driving while intoxicated. Solis stops the car in the emergency lane without incident. Just another normal traffic stop, so you’d think. But what happens next was completely unexpected.

Solis gets out of his car and runs into traffic shouting “Please kill me!” and lies down on the roadway. Without a second thought, Beck runs after the man and drags the 300-plus pound Solis back over to the shoulder of the highway using only a hand to block oncoming traffic.

It was all captured on Beck’s dash cam. Solis pleaded no-contest to DUI charges and has paid over $600 in fines so far.  There’s no word yet as to what other penalties he’ll be facing. As police officers are called on more and more to deal with disturbed or despondent individuals, they still manage to get the job done.