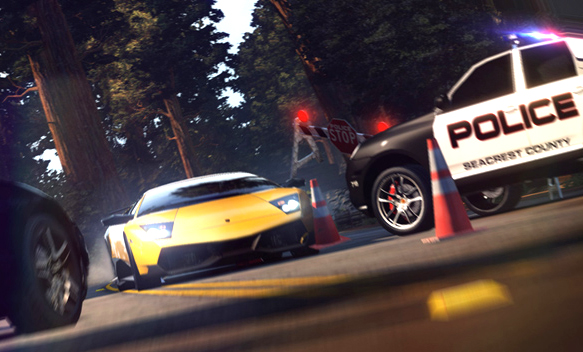 Via the Newnan Times Herald:

The pursuit of a person suspected of armed robbery began outside the Newnan Pavilion retail area. The chase lasted only six minutes before the driver hit stop sticks and eventually crashed into another police vehicle at the intersection of Bullsboro Drive and Old Jefferson Street.

No one was seriously injured, and the suspect was taken into custody for several charges, including aggravated assault for allegedly targeting a police officer with his car during the chase.

After the incident, several voiced their concern about the necessity for a high-speed chase. While it was later discovered the suspect was wanted for shoplifting, the initial 911 call indicated the suspect “had a paintball gun, and just robbed” the store.

“If we had known it was a misdemeanor shoplifting, we would not have chased,” Newnan Police Chief D.L. “Buster” Meadows said. “The call came out as an armed robbery and we had no knowledge until he was on his way to jail.”

The decision to pursue is never taken lightly, according to Meadows. Factors such as pedestrians, heavy traffic and weather often play a large role in the extent to which police will pursue.

“Pursuits develop quickly, travel fast, and we have to process a lot of information in a short amount of time,” he said. “We’re going off the facts at the moment.”

In their vehicle pursuit policies, both the Newnan Police Department and Coweta County Sheriff’s Office have policies that pursuits can be terminated if the risk of continuing outweighs the danger of letting the suspect escape.

Each pursuit is subject to an administrative review. Reports are required along with reviewing camera footage taken from the patrol car and body cameras.

“The review process ends with me,” Meadows said. “And in the most recent case, there were absolutely no policy violations.”