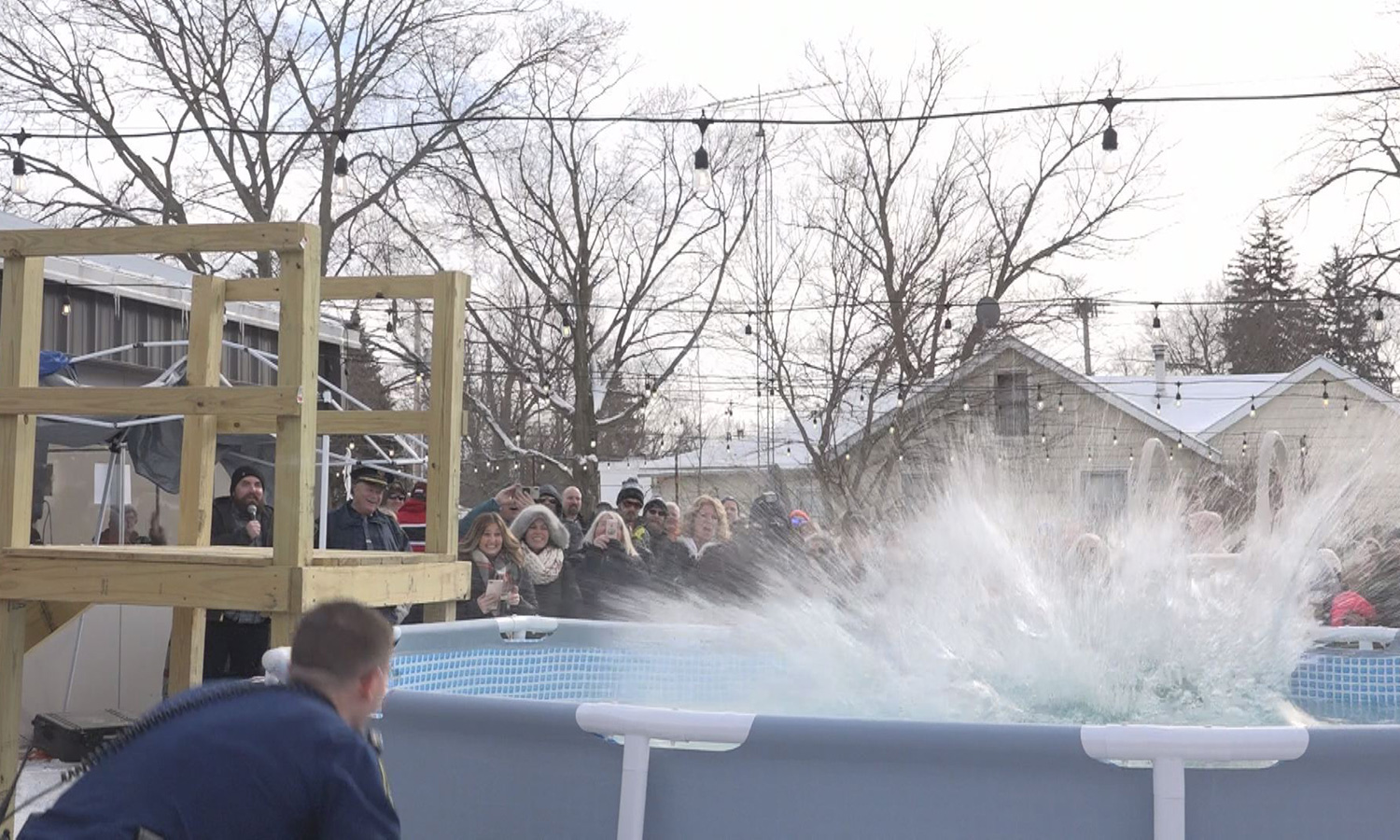 STEVENSVILLE, Mich. (WNDU) – “It’s 18 degrees today and you can see the steam coming off the water and I confirmed with the plungers that the water is cold,” Lt. Mike Dawson said. “They’re crazy.”

Crazy for a good cause.

Michigan law enforcement traded their uniforms for costumes as they prepared for the polar plunge.

“About half of it goes to the state office and helps with their expenses which cuts down on our expenses to go to events and the other half comes right back to our area for Van Buren, Berrien, and Cass counties to pay for our athletes to go to events,” Special Olympics Michigan Area 17 Director Timothy McDaniel said.

After a little bit of liquid courage, everybody was ready to take the plunge.

“Just gotta have a couple of beers and go for it,” Watermark Brewing Co. co-founder Chris Mason said.

The pool was christened and the plunge officially began.

Special Olympics athlete Korina Hacker was one of the judges.

“I’m looking for people who jump and have fun!” Hacker said.

Hacker was judging based on costumes and plunges.

“It’s exciting to watch them all do it for money you know to raise money for it,” Hacker said.

Lt. Dawson was also a judge and enjoyed staying warm while watching the show.

“It’s very exciting to see all of the people out there,” Lt. Dawson said. “They’re having a really good time and working for a very good charity in Special Olympics.”

The plunge was held at Watermark Brewing Company.

“Here at Watermark it’s really important for us to give back to our community,” Mason said.

“Take on a lot more athletes just because of this great donation,” Mason said. “And the difference you know it’s going to make in an individual’s life? That’s what you remember when you’re stepping up to the plunge. You just kind of go for it you know? It’s 30 seconds of pain.”