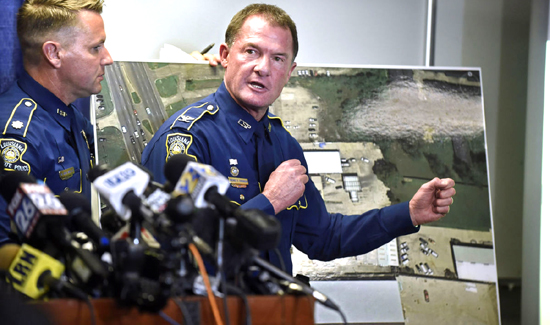 Legal and law enforcement leaders from the Baton Rouge area called on the Trump administration Sunday to keep current Middle District U.S. Attorney Walt Green in his role, after their request for resignations from all U.S. attorneys.

The letter praised Green’s leadership and service and asked that he be kept on as U.S. Attorney for Louisiana’s Middle District throughout the administration’s transition. It is the first time these leaders have come together with such a request, the letter says. National media outlets reported, and the Justice Department acknowledged, that Sessions on Friday asked presidentially appointed U.S. attorneys to tender their resignations “in order to ensure a uniform transition.” Such a move is typical of new administrations, especially with a change of political parties.

Green confimed to The Advocate on Sunday that he plans to submit his resignation on Monday. The letter says Green’s expected resignation is another way he is a “loyal public servant,” but the writers asked the administration to reject it.

Green was nominated by former President Barack Obama in March 2014 and sworn into the role after his Senate confirmation three months later.

The letter called Green “one of the best and brightest” and said the signatories “desire, regardless of our own individual political ideologies, to see him remain as our United States Attorney.”

The letter cites Green’s leadership and dedication as a key factor in the decrease of violent crime in his district.

“Our letter is a historic first and unanimous expression of support for a remarkable man…. who has a demonstrated record of working with all of us to drive violent crime from our jurisdictions.”

The local law enforcement leaders said Green has always been accessible and a great teammate in fighting crime in all its manifestations — violent crime and political corruption and cases involving white collar criminals and drug kingpins.

Elsewhere in Louisiana, Western District U.S. Attorney Stephanie Finley announced her retirement on Friday. She was nominated by Obama in 2010.

In the Eastern District, U.S. Attorney Kenneth Polite Jr. announced his resignation Friday, though he said he had made the decision before the Trump administration had asked for the attorneys to step down.