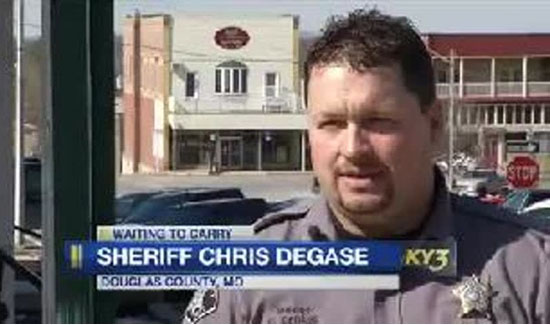 In the old days, if a citizen felt like they were in danger, the standard advice was to call the cops.

But with so many active shooters, suspected terrorists, and rising crime, the new advice from law enforcement is “we’ll never get there in time so buy a gun and learn how to shoot it.”

As a result, there are a ton of people applying for concealed carry permits.

Degase says people are worried about terrorists and car theft.

“We had the recent incident in Buffalo with ISIS, we had an incident here where people were buying cell phones… it seems like after that happened, when they were here trying to buy bulk cell phones, there was a big influx of people wanting to take the CCW class,” Degase said.

While people are waiting for their permits, the sheriff advises them to brush up on the law.

Degase says people think if someone is stealing your car out of your driveway that they can just go out and shoot them.

But in order to be on the right side of the law, it’s critical that people say they feared for their life after the shots are fired.

Also, the sheriff says, the Castle Doctrine doesn’t apply to residences. It means you don’t have to retreat anytime or anywhere.