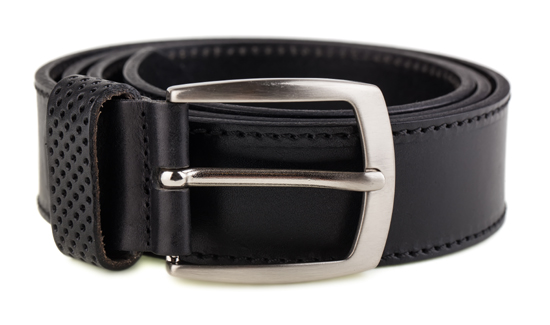 Via the Los Angeles Daily News:

Los Angeles County Sheriff’s deputies may soon get a glint of gold across their beige and green uniforms.

The department is shelling out $300,000 to change the color of the belt buckles and other hardware of their more than 9,000 deputies’ uniform from silver to gold, according to a story first broken by the Los Angeles Times.

The new bits, ordered by Sheriff Jim McDonnell to be made of brass, will then match the gold-hued tie clips, lapel pins and six-pointed star badges worn by deputies, which he maintains would sport a more professional look.

But the golden shine has drawn fire from rank-and-file deputies who say the metallic switchover is a waste of money as the nation’s largest sheriff’s department struggles with more basic patrol issues.

The Association for Los Angeles Deputy Sheriffs, which represents most of the department’s 9,100 deputies, claims the Sheriff’s Department now labors under a staff shortage and rekindled budget deficit — with no room for gilded uniforms.

A $250 million shortfall of its $3 billion annual budget has forced the agency to keep 1,000 staff and 300 deputy positions unfilled, resulting in back-to-back shifts.

At issue is the current practice, first implemented by the Sheriff’s Office in 2010, of removing detectives and administrators for 20 percent of their work week and sending them out on mandatory patrol, jail or court positions, because of a lack of sworn deputies.

Otherwise known as the Cadre of Administrative Reserve Personnel, it was reinstated after a brief pause last year in what critics say was a decision to “Rob Peter to pay Paul.”

The sheriff’s deputies’ union said understands the sheriff’s desire to have deputies look their best as part of his renewed effort to keep Department’s members looking neat.

“While we appreciate the Sheriff’s attention to detail and desire to have a professional uniform appearance, there are more important priorities to turn our attention to then spending over $300,000 of taxpayers’ dollars on snaps for uniform belts,” the Association for Los Angeles Deputy Sheriffs said Tuesday in a statement.