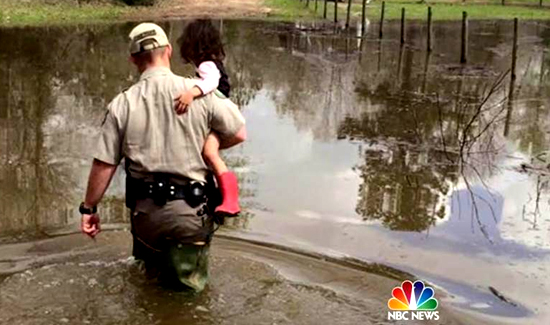 The truth is this: Donald Trump is like crack for the people that run The New York Times, CNN, and Fox News.

He’s the gift that keeps on giving—an orange clown with almost no command of the English language who frequently takes three different positions on one issue, in one sentence.

He likes to trash women, the disabled and even fallen war heroes and the corporate media and the audience eat it up like candy. They can’t get enough.

Sadly, there’s a lot of actual news that isn’t being covered because the donald is better for ratings than things like reality, rational thought, or the worst flooding anyone’s seen in a while in Louisiana.

Police and others are working around the clock, dealing with 100,000 homeless, several deaths, and countless injuries.

But with the Donald and Hillary show being the priority, if you want to find out what’s happening on the ground right now you’ll have to do a little digging.

For at least another few months the media will be serving Trump and only Trump.

And you can’t really blame them—the folks that pay the bills (a.k.a. the companies that buy ad time) love this crap.

The fact that it’s toxic is beside the point.