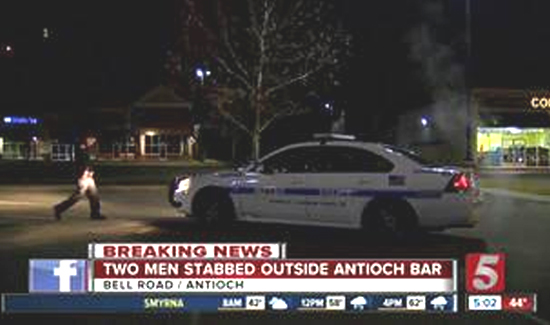 Phillip Wade, 38, of Antioch, California allegedly stabbed a black man multiple times after getting off a bus in Oakley on Saturday afternoon, according to the East Bay Times.

Wade apparently fatally stabbed a homeless veteran in 2013, while a 2011 stabbing also involved an altercation that carried over from public transit.

“Wade’s Facebook page outlines increasingly hostile statements and threats towards Muslims and African-Americans,” the East Bay Times reported. “On May 19, Wade posted a threatening racist statement concerning former President Barack Obama along with the gun emoji and the emoji of a man wearing a turban.”

Oakley police chief Chris Thorsen said he did not believe the attack to be racially motivated.

“He’s had many altercations over the years and it’s gotten more severe,” Gabriel Desta, a friend of the accused, told the newspaper. “He’s been very vocal ever since I met him, but lately he was getting paranoid. Unusually paranoid.”

Desta described Wade as “more of a follower,” who became a “major Trump supporter.”

“The other day at Mel’s Diner, he told a waitress that he would stab a group of black guys there,” Desta said.