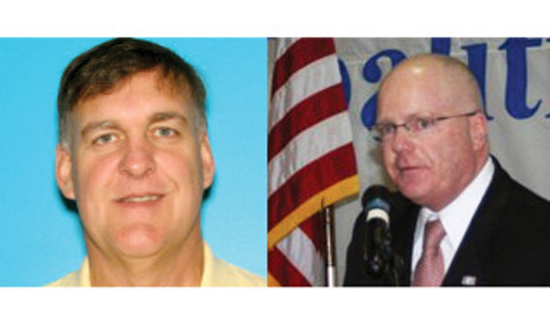 In a small New England town, police officers, firefighters, teachers, librarians and others, joined forces and beat back an effort to reduce pensions and health care benefits. And they did it the old fashioned way – knocking on doors and talking to the voters one by one explaining that the plan to put the town’s employees into 401(k)’s would cost them way more money.

In a small New England town, police officers, firefighters, teachers, librarians and others, joined forces and beat back an effort to reduce pensions and health care benefits.

Employees working for the town of Swampscott in Massachusetts had only a couple of months before the town’s annual town meeting to educate the citizens about the folly of the idea to end defined benefit pension plans. But they got to work and never let up until the day of the vote. Their strategy included leafleting, post card mailings, going door to door and talking to friends and neighbors.

Hugh Cameron, is president of Mass C.O.P. which is affiliated with the International Union Police Officers IUPA-AFL/CIO and the National Association of Police Organizations. Mass C.O.P. represents Massachusetts Coalition of Swampscott Police Local 417. Cameron said the first thing they did was to get in touch with every union member in the town.

“The town fathers supported the change and our big local newspaper, The Boston Globe, had come out in favor of it too,” noted Cameron. “Town employees had a lot of work to do and they did it. They got out the truth which was switching us into Social Security was going to cost the town way more money. They talked to people constantly whether it was in the barber shop, the grocery store, or the Post Office. They just kept talking and explaining anywhere someone would listen.”

Postcards were mailed to every union member in the town urging them  to get in touch with their Town Meeting member and tell them to vote against the cuts to health care and retirement.

Cameron noted that Lt. Tom Stevens showed unusual commitment and courage when he stood up at the Town Meeting and in a calm and deliberate manner, told the people in the room what the outcome would be if they voted for the Home Rule Petition and the town’s employees lost their defined benefit pension program.

“He just related the facts,” Cameron said. “He explained that moving everyone into the Social Security system was going to cost a lot more money and that a big part of the pension problem was the town had not paid into the program as they were morally obligated to do. He pleaded with them to vote against the measure for ‘the common good.’’

The Home Rule Article, according to Cameron, was nothing more than an attempt by the town to relieve themselves from paying previously owed debt and placing that burden squarely on the backs of the town’s hard working employees.

“Pension liability payments have been routinely deferred by cities and towns which now show up as large amounts of unfunded liability,” Cameron said. “If the town had made these payments on time, there would be no need for the home rule article. The employees paid their share for their retirement and health care. Now it is time for the Town of Swampscott to meet its obligation. They need to stop trying to get out from underneath their responsibility by shifting the burden to their employees.”

In Massachusetts, municipal employees’ health and retirement benefits are negotiated on a local level, but they are part of a state-administered system. But a Massachusetts “Home Rule Petition” law allows cities and towns to seek exemption from certain state laws and regulations.

This past February, Swampscott’s Board of Selectmen voted 3-2 to seek a Home Rule Petition to cut town workers’ pensions by moving from the state system’s defined-benefit plan to a self-administered defined-contribution plan. Also proposed was a change to health care benefits (and not for the better) for Swampscott employees. But a Home Rule petition must be approved at a Town Meeting and that meant approximately 250 voter-elected Town Meeting members had to give the OK. All the hard work paid off when the Home Rule Petition was defeated by better than a 3-to-1 margin.

It is no secret that after a thirty year effort to diminish unions’ strength in the private sector, recent years have seen public employees receiving the brunt of political and media attacks for having decent wages, benefits and the right to collectively bargain.

There is an old saying from times of famine in which a neighbor looks next door and sees his neighbor’s cow. The neighbor’s cow feeds that family while his own family starves. Rather than seek his own cow or work together with the neighbor to sustain his family, the man simply says, “Look at his cow. I don’t have such things. I hope his cow dies.” That is what national attitudes have been towards public employee pensions, benefits, and collective bargaining rights until this great victory in Swampscott, Mass.

The people of Swampscott spoke loudly and clearly in favor of a dignified, secure and fair retirement for its public employees. Hopefully that is a message that will reverberate around the nation.

Has your association done anything like this? If so please leave your story below. What are your thoughts on the approach taken by the Swampscott PD Association?