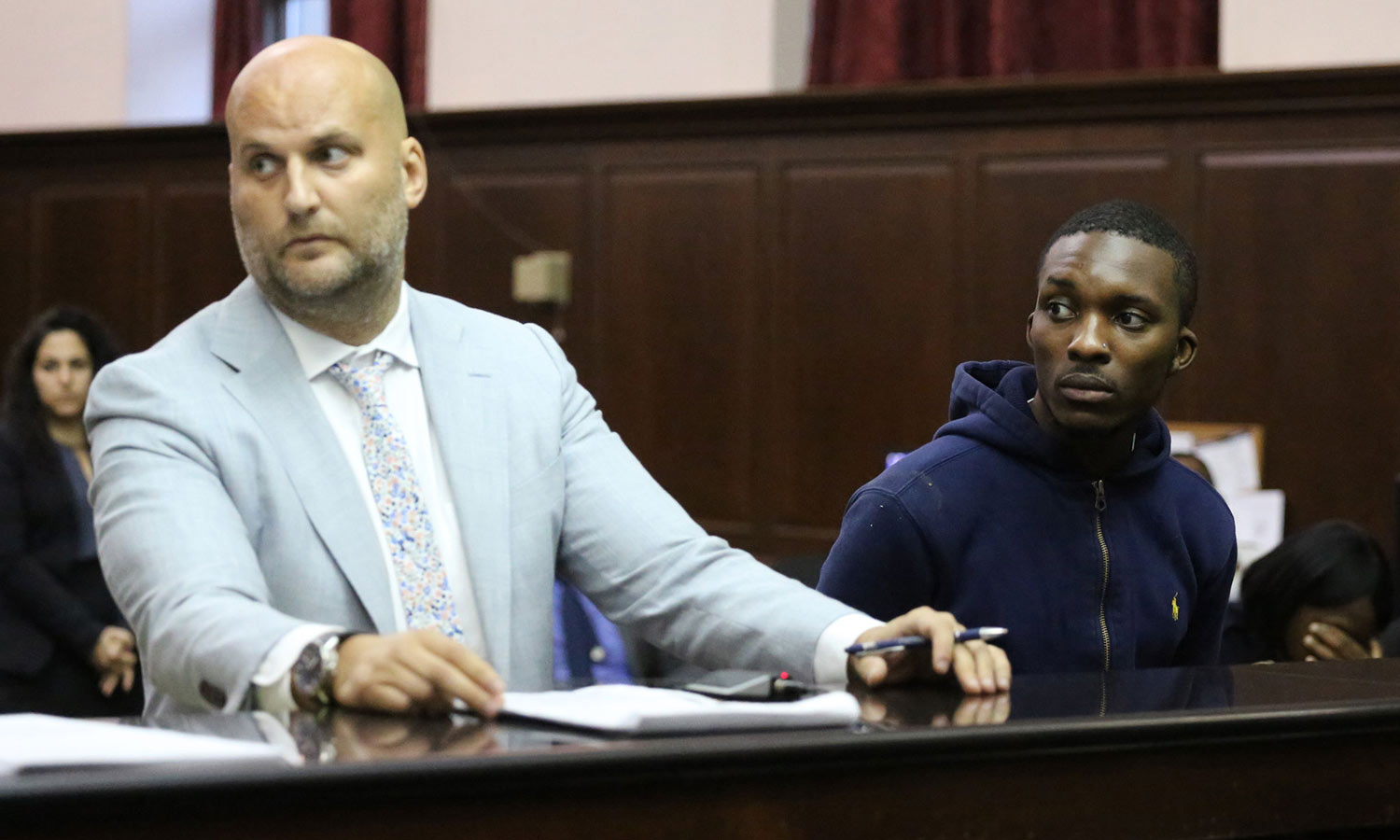 A 22-year-old man who police say shot up an Upper East Side apartment building last week turned himself in to the authorities late Thursday.

Farris Koroma, who lives across the river from the high-rise, was charged with reckless endangerment, criminal mischief and unlawful possession of a weapon.

Mr. Koroma’s arrest provided some relief to a terrifying ordeal for residents of One East River Place, one of the Upper East Side’s most luxurious apartment buildings. On Aug. 16, a bullet crashed through the window of a woman’s apartment on the 14th floor, the police said. Then at 1 a.m. on Saturday, two days later, a bullet shattered another window in an apartment on the 32nd floor. There were no injuries, but the gunfire, which appeared to come from across the river, left tenants rattled.

“You live in a building that has just been shot up twice, you know, how can you feel?” said Richard Schulman, who lives on the 19th floor and says he has not been able to sleep well since the shootings, on Thursday before Mr. Koroma’s arrest.