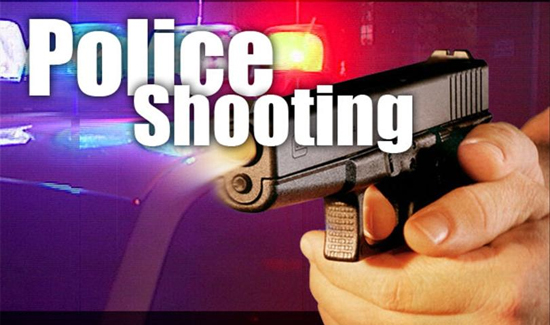 Police officers fatally shot a 31-year-old Bronx man on Wednesday afternoon after they were called to his home by his landlord and the man confronted them with a knife and what turned out to be a toy gun with a laser, the authorities said. It was the first shooting involving a New York City officer to be captured on police body cameras.

The police were summoned to the apartment, near Seton Falls Park, around 4 p.m. after the landlord reported that he had not seen his tenant in some time. The landlord escorted the first officers who arrived to the man’s third-floor unit and unlocked the door for them.

When they went inside, the man was clutching a small knife in his left hand and hiding his right hand behind his back, Carlos M. Gomez, the chief of department for the New York Police Department, said at a news conference late Wednesday.

The two officers repeatedly asked the man to drop the knife but he refused, Mr. Gomez said. After pleading with him, the officers noticed that he was gripping what appeared to be a laser-mounted pistol.

“We don’t want to hurt you,” an officer told the man, according to Mr. Gomez.

The man continued to ignore their orders to drop the weapons and then raised the gun, the police said. One officer shot a Taser at him and two others fired their handguns, striking the man multiple times, Mr. Gomez said.

The man, whose name was not immediately released, was pronounced dead in the apartment, which is in the 3700 block of Pratt Avenue in the Edenwald neighborhood. The man’s silver and black handgun turned out to be a toy, the police said.

Lawrence Thompson, who lives on the first floor of the building, said he overheard the man’s encounter with the officers. “The only thing I heard was gunshots: pow, pow, pow, pow,” said Mr. Thompson, sitting in the building’s garage while the police processed the scene.

He said the third-floor neighbor had moved into the red brick building about three months ago and kept to himself. “He passed by and didn’t say nothing to nobody,” Mr. Thompson, 58, said.

Mr. Gomez said that the four officers in the apartment during the shooting were all wearing body cameras, which captured their pleas with the man and the shooting. The officers, assigned to the city’s 47th Precinct, were issued the cameras two months ago.
Mr. Gomez said that the cameras showed that the officers had spent several minutes trying to get the man to cooperate before he was shot. He added that the police commissioner, James P. O’Neill, was reviewing the footage from the body cameras and would decide whether to make the videos public.

The New York Police Department, which initially resisted issuing body cameras to officers, started a yearlong pilot program with them in April. The first officers to wear them went on patrol in the 34th Precinct in Upper Manhattan.

By the end of this year, 1,200 officers in 20 precincts will be wearing cameras.