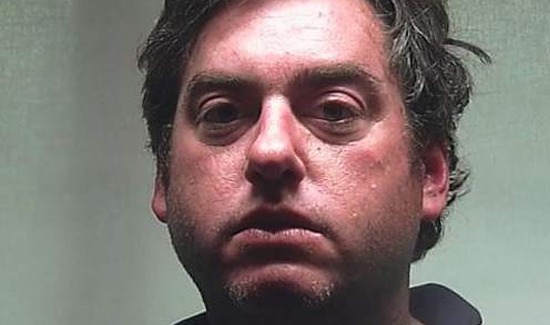 A 39-year-old man who made a scene at three local watering holes during the past week by threatening to use his family’s wealth to fire police officers was arrested Saturday for harassment, according to a police report.

Joshua Gerchen of St. Louis was in the process of yelling at the manager of Mezzaluna about 9 p.m. Saturday when officers entered the restaurant, the report states. The officers had been called because Gerchen was allegedly being difficult with customers and staff.

Gerchen stepped outside with police and told them he’d been at a table spending “thousands of dollars” on steaks and drinks and didn’t know why they were there, according to the report. While talking with officers, Gerchen handed the manager a credit card to pay his bill, but it was declined.

This development caused Gerchen to become verbally abusive with officers, the report states.

“I pay your f—ing salaries,” he said, according to the report. “I own you all.”

He also said: “Don’t worry, my rich daddy will take care of this f—ing bill and I will be suing all of your asses,” the report states.

None of his threats paid the bill, however, so officers asked how he planned to settle it.

“Gerchen then called his mother on his cellphone and handed the phone to (the Mezzaluna manager),” according to the report. “Gerchen told (the manager) ‘Take the phone if you want to get paid.’”

Gerchen’s mother then paid the $134 tab, and the manager said he wasn’t welcome back, the report states.

Another officer attempted to give Gerchen back his credit card, but Gerchen threw it on the ground and said, “Pick it up, bitch,” according to the police report. The officer declined to do so, told Gerchen he was free to leave and left the scene.