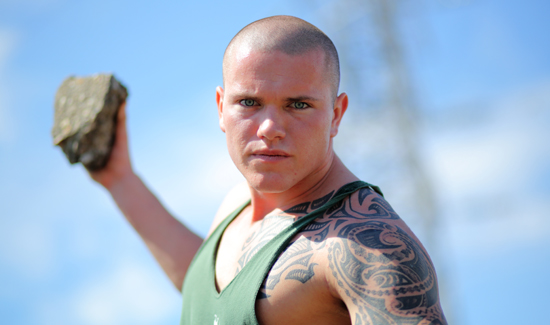 A Thurston County (WA) man with alleged ties to a white supremacist network will likely face robbery and firearms charges after he allegedly held a man at gunpoint in December.

Deputy Prosecutor Jim Powers said that Cole has an extensive criminal history, including more than 20 felony convictions since 2001. He also has an outstanding warrant from Lewis County Superior Court for gun possession, burglary and robbery charges.

Cole is accused of robbing a victim at gunpoint Dec. 29. During the investigation of this crime, police linked the suspect to another criminal network investigation.

The latter investigation began in August after the arrest of Daniel B. Rowe for a racially motivated stabbing in downtown Olympia, according to police. In that incident, which was classified as a hate crime, a 47-year-old black man and his 35-year-old white girlfriend suffered non-life threatening injuries.

On Thursday, Lt. Sam Costello told The Olympian that law enforcement had first tried to find the suspect in a home on 79th Avenue Northwest, but later located him near 6600 Old Highway 101 Northwest.

Costello said the FBI is assisting with the investigation of the criminal network.

“It’s not a huge organization,” he said of the network. “They have been involved in a number of violent crimes regionally, not just in Olympia and Thurston County.”

Investigators seized several weapons and narcotics during the arrest, according to police.