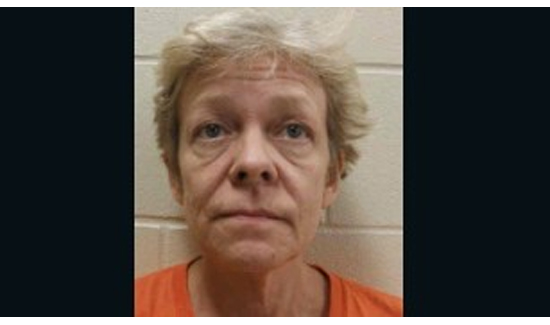 Susan Rice lifts her hands to her face. She pushes aside her gray hair and wipes away tears.
She turns to her family, sitting behind her in a federal court, and mouths “I love you.” It may be a while before they’re all together again.

Rice turns back to face Judge Mark Bennett as he enters. The federal courtroom is silent except for the clang of shackles on Rice’s wrists and ankles and her muffled sobs.

Her emotion is perhaps unsurprising. The grandmother of three faces between five and 40 years in prison for conspiracy to distribute 5 or more grams of methamphetamine. That’s the size of a packet of sugar.

What is surprising—almost stunning—is the emotion coming from the bench. Bennett is about to sentence Rice for a crime that she admits committing, one for which she believes she deserves punishment.  It’s the severity of the punishment that has her and her family flabbergasted—and the judge frustrated.

Bennett seems exasperated, exhausted almost, as he explains he must sentence Rice to a full five years — the mandatory minimum required by law. It is a sentence he deems unjust, too much for a low-level addict, just for being caught with a certain weight of drugs.

Bennett makes sure the record reflects he felt strongly enough to request that Iowa’s US Attorney consider waiving the mandatory minimum. He accepts the defense mitigation that Rice had never been in trouble before she was in her 50s, when she began drinking heavily after a bad divorce and was introduced to meth.

She met a mid-level dealer who offered her a mattress in his basement and free meth if she would drive him around.

A willing drug mule to feed her addiction? Yes. But not the drug trafficker or conspirator whom the charges and mandatory minimum sentences were designed to target, the judge believed.

His plea fell on deaf ears. He was told there was no option for Rice to be treated as an exception to the law.

“I strongly disagree with that decision,” the judge says firmly from the bench.

It is not the first time he has felt this way. Bennett says 80% of the mandatory sentences he hands down are unjust—but that he is handcuffed by the law, which leaves no room for judicial discretion to consider a sentence based on individual circumstances of the defendant.

There are politicians who should be sentenced to longer jail terms for the worse things they have done.