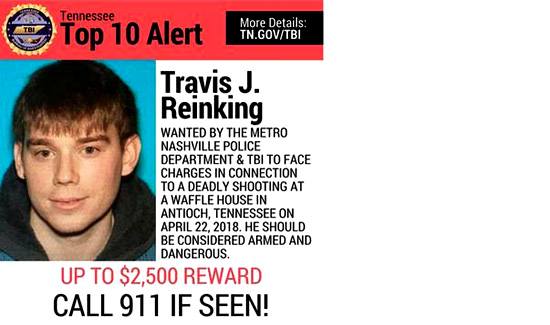 Travis Reinking, 29, of Morton Illinois is the suspect in the shooting that killed four and wounded four others over the weekend in Tennessee.

A man believed to be Reinking was last seen in a wood line near Discovery at Mountain View Apartments on Mountain Springs Drive, near the Waffle House. The man was wearing black pants and no shirt, police said.

The suspect is allegedly a member of the sovereign citizen movement. 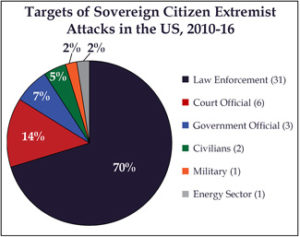 In a related story, the hero that grabbed the gun away from the bad guy has now been identified as 29-year-old James Shaw Jr.

And like all real-deal heroes, Mr. Shaw Jr. doesn’t think he did anything heroic.

“I don’t really know, when everyone said that, it feels selfish,” Shaw Jr. said. “I was just trying to get myself out. I saw the opportunity and pretty much took it.”