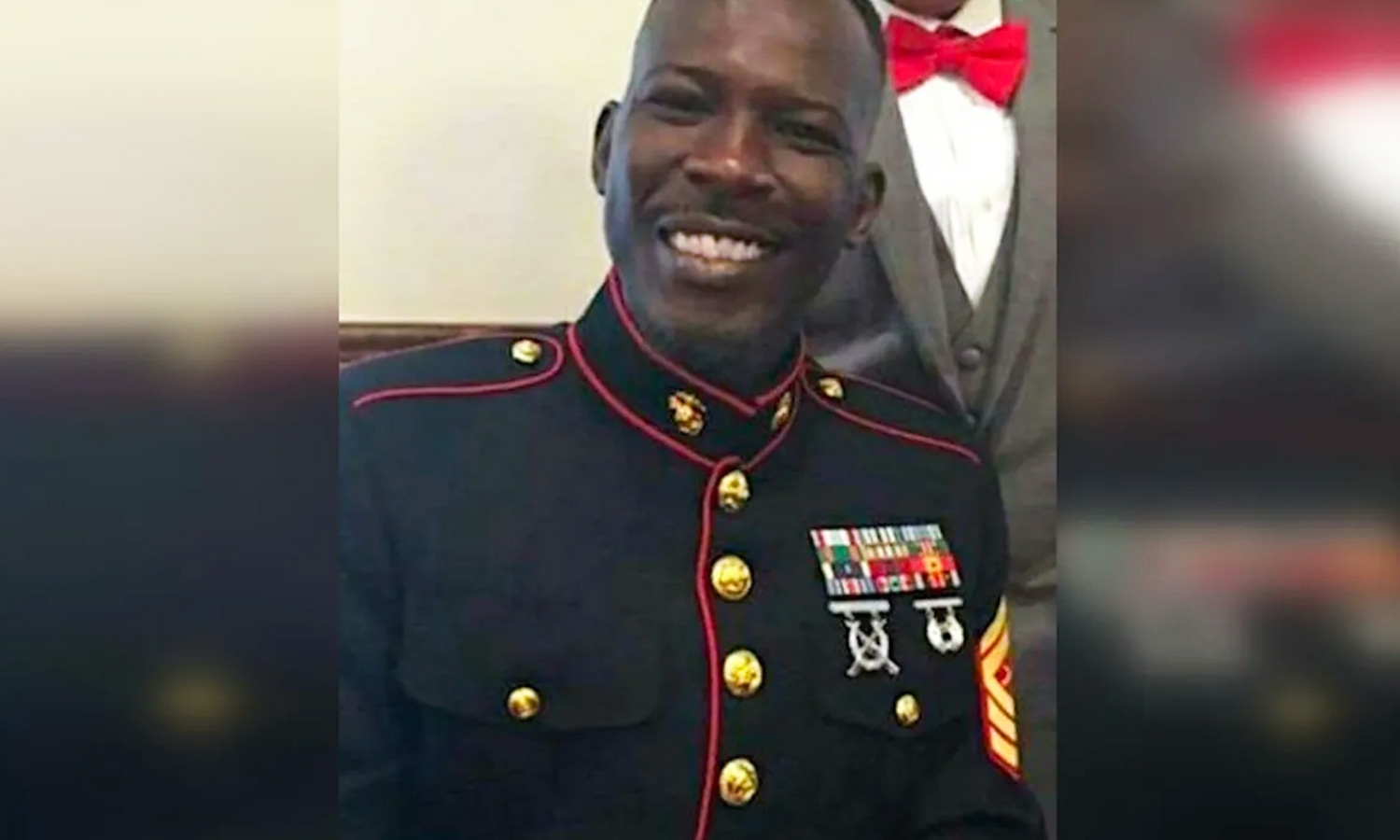 Hours before fatally shooting two Kissimmee, Florida police officers, prosecutors say Everett Glenn Miller posted a status update on Facebook under the name Malik Mohammad Ali, saying “Am I the only one. [Expletive] a Cop..Racist [Expletive].”

The social media post was evidence that Miller’s view of law enforcement and his community had dramatically changed after his retirement from a two-decade military career in the Marine Corps, Ocala-based State Attorney Brad King told jurors Friday at the Osceola County Courthouse.

“He says he doesn’t like cops much, in polite language,” King said. “This is the clearest one that expresses what Mr. Miller thought and goes along with what he did. That is the reason why you should find him guilty of two counts of first-degree murder.”

Miller, 47, could face execution if convicted of the slayings of 36-year-old Sgt. Richard “Sam” Howard and 26-year-old Officer Matthew Baxter. The case is being prosecuted by King after former Gov. Rick Scott reassigned dozens of capital cases to his office following Orange-Osceola State Attorney Aramis Ayala’s opposition to the death penalty.

During opening statements at the trial, Miller’s lawyers said they would not dispute that Miller was involved in the 2017 killings of Baxter and Howard. But defense attorney J. Edwin Mills argued Miller had been in a “downward spiral” since 2013 because he could not adjust to civilian life and suffered from depression, anxiety and nightmares.

“This was truly the perfect storm,” Mills told jurors. “He was homeless, he didn’t have a job, he was heartbroken. … He was admonished for being a walk-in at the VA three days before this crime was committed.”

Mills told jurors his client was not guilty of a premeditated killing and asked them to return a verdict of second-degree murder.

Prosecutors plan to argue Miller’s “anti-government beliefs” led to the calculated killing of the Kissimmee officers.

The state’s first witness, Maribel Gonzalez King, testified the night of Aug. 18, 2017, Baxter was talking to her and two other men hanging out on the curb with beer near the intersection of Cypress and Palmway streets. The officer was conducting a check into three suspicious people when Gonzalez King saw Miller suddenly drive up and start arguing with the officer.

“He told Officer Baxter he wanted to talk to his sergeant,” Gonzalez King said. “[Miller] said he was tired of him messing with his people.”

After Baxter called Howard to the scene, Miller argued with them, saying he feared for his life and telling them he had a license to carry a concealed weapon, the witness said.

Gonzalez King said Howard told her and the other two men to leave immediately. As she walked away, she heard two gunshots, a pause and then two more rounds fired. A car door slammed, and she heard a vehicle zoom away, Gonzalez King testified.

Prosecutors said both officers were shot in the head and mouth area. Police found their bodies parallel to each other, with their hands at their side, State Attorney Brad King said.

Miller was arrested later at Roscoe’s, a bar on Orange Blossom Trail, with a knife and two guns. Baxter died that night, while Howard passed away the next day.

Miller’s friends and family told the Orlando Sentinel he struggled with post-traumatic stress disorder after his retirement.

His attorney told jurors Miller was a decorated Marine and completed a tour of duty in Afghanistan before his discharge in 2010. He worked as a defense contractor before moving back home to Central Florida, where he deteriorated and was laid off from another job. His long-time girlfriend broke up with him and he started sleeping on a friend’s couch, Mills said.

As he self-medicated with marijuana and alcohol, he sought help from the VA in 2017 and started posting “crazy things” on Facebook, his attorney argued. A month before the shooting, he was involuntarily committed under Florida’s Baker Act after marching down the road with a high-powered rifle while only wearing underwear.

When he was released after 72 hours, his guns were returned to him, Mills told jurors.

The jury only heard testimony from two witnesses Friday. Circuit Judge Greg A. Tynan let them recess for several days to prepare as Hurricane Dorian heads toward Florida.

The judge said the trial could tentatively resume Wednesday.