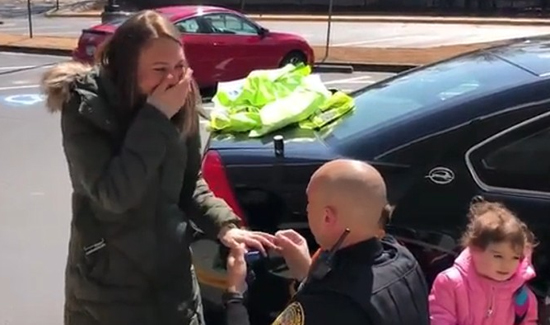 In Duluth, Minnesota, Police Officer Matthew Jay stopped by the Weinstein School to take part in “Community Helpers Week,” but he had an ulterior motive.

Jay was really there to pop the question to his girlfriend, a preschool teacher at the school.

As Jay posed by his patrol car with girlfriend Aliza Sandler and her preschool class for the event, he made his move.

And it’s all on video.