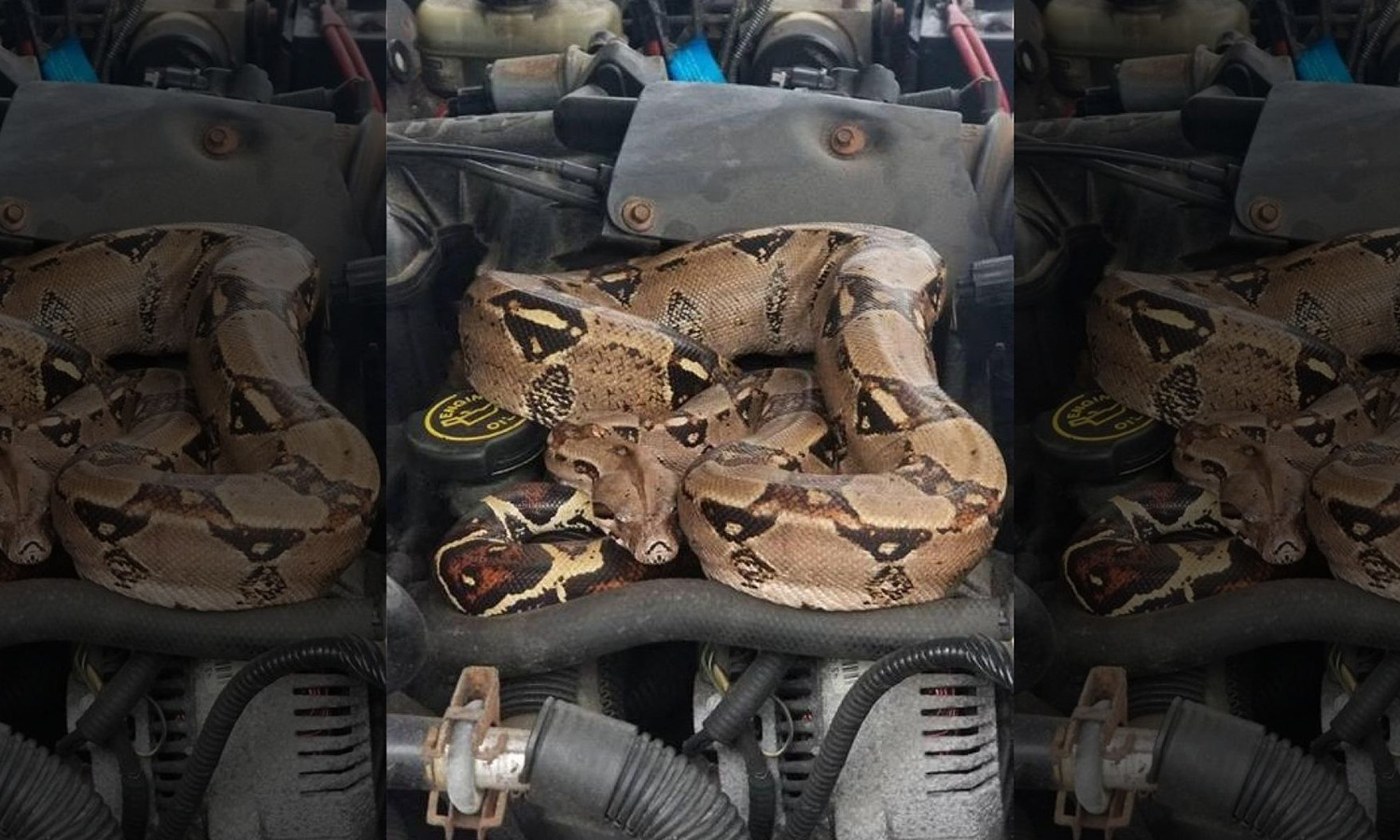 Police in Massachusetts were dispatched to deal with a shocking discovery Saturday after a resident found a boa constrictor beneath the hood of a car.

Someone called authorities about the “jawdropping” find after spotting the large snake while checking the car’s fluids, the Stoughton Police Department said on Facebook.

“So you collect your thoughts, check your own pulse, and call your local neighborhood police department and relay what you have found,” police said. “It gets dispatched and the brave officers, without having ever gone to snake charming school, head off to capture this fire breathing dragon.”

Multiple police officers, in addition to an animal control officer, arrived at the scene and managed to “safely” remove the snake from its hiding place, police said.

No one was hurt during the capture, which police quipped was done without assistance from their supervisor who “was hiding as far as he possibly could from this incredibly dangerous mission.”

Animal control took custody of the reptile, which “will be properly cared for,” police said.