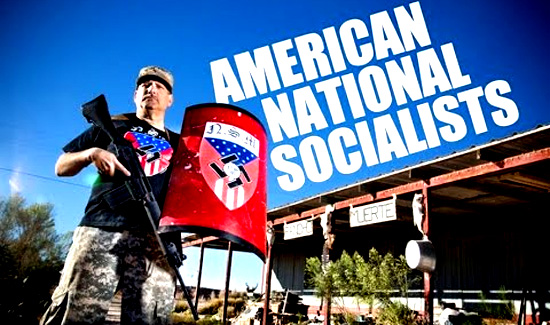 White supremacists, neo-nazis and others marched through Newnan, Georgia on Saturday but there far more counter protestors than the various nerds and attention-seekers describing Nazi salutes as “Roman salutes.”

There were even more police personnel than counter-protestors.

Georgia Bureau of Investigation Director Vernon Keenan, decked out in a GBI vest and wide-brimmed hat, was confident there would be no trouble.

“There are such much law enforcement here. There are nearly 700 law enforcement officers here from 42 agencies, and that’s by design. You control incidents by having a large police presence. Without that, you cannot maintain control if things become volatile,” he told the Atlanta Journal Constitution.

Locals were impressed by the police preparation and the response as well.

“They set up perimeters to keep separate the people in the park and those outside. In that there is nobody being hurt, it has been managed well because there are a lot of emotions out here. The police have done an extremely good job of protecting the city of Newnan.” 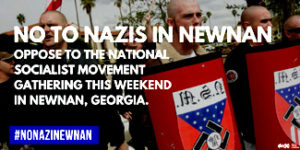 As is always the case, failures in the past help us do better in the future and it looks like the lessons of Charlottesville have been instructive.