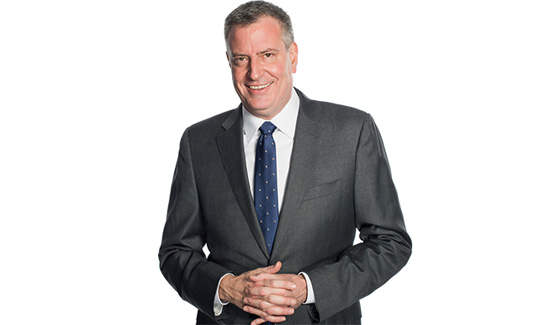 New York City Mayor de Blasio is defending his wife’s attendance at a closed-door NYPD crime-statistics meeting this week. This makes sense because most law enforcement professionals and observers might be wondering what on Earth the mayor’s spouse would be doing monitoring official police business.

According to the New York Post, the Mayor says it’s critical for First Lady Chirlane McCray to sit in on Compstat meetings because she’s his most trusted adviser.

“It was very important for the first lady to see it because, as I’ve said probably a thousand times, she’s my most important adviser and the person I’m closest to in the world — and the person I listen to the most,” de Blasio told the Post. “I wanted her to see it so she could understand just how extraordinary it is — and she came away deeply moved by it,” de Blasio went on to say.

Needless to say not everyone thinks this is a good idea.

But there is a high-profile public figure that doesn’t see any problem with the Mayor’s wife or other family members attending closed door NYPD meetings. That guy’s name is Rudy Giuliani.

“I remember letting some Hollywood people in who were doing movies about crime. I remember letting, I think, ‘Law & Order’ actors come see it,” Giuliani told the local Fox affiliate on a morning show called “Good Day New York. We often let officials — you know, police officials from other places — see it. Although it’s strategic . . . you can be careful not to give up really sensitive information. And after all, she is the first lady,” Rudy said.