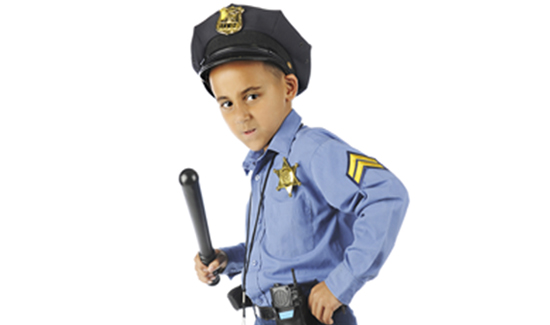 Who will be leading the charge for the future of law enforcement? The Spokane Police Department got a good head start in finding out after hosting its first Junior Police Academy this past weekend at the River Park Square atrium in Spokane, Washington.

The event, according to The Spokesman-Review, was created in part to improve interactions between officers and the public. Spokane police have increasingly focused on outreach to rebuild trust in the community. A U.S. Department of Justice report released last month that examined the department said the effort already is making a difference. For the families who turned out, however, it was all about fun.

“It was an awesome event,” said Garrett’s grandmother, Dianne Fields, as her family finished up. “There was a lot to do. The interaction with the police officers was incredible. They were so great with the kids.”

Kids could color with an officer, meet a police K-9 and tour the inside of a police car in addition to trying on police gear.