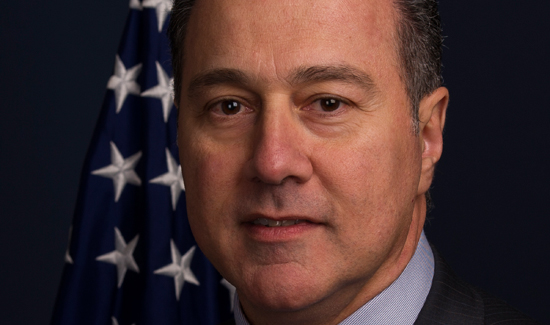 Rabadi has dedicated his career to establishing and overseeing programs focused on reducing violent crime. He served in the ATF for 25 years, and from January 2013 until his retirement last month, he led the ATF’s Philadelphia Field Division as special agent in charge. In this role, Rabadi managed 15 field offices and more than 200 special agents, industry investigators, deputized police officers, intelligence and other support staff throughout Pennsylvania. Rabadi provided executive-level leadership over all criminal and regulatory investigations, intelligence collection programs, and the security and safety of ATF personnel in Pennsylvania.

“A dedicated high-ranking public servant, Sam has an impressive track record of implementing programs targeted at getting violent criminals and the weapons they use off the street,” said Shawn Smith, founder, and president of Vigilant Solutions. “Sam joins Vigilant at a pivotal time for the company as we launch our own rapid ballistics analysis technology. Sam’s insight and experience managing strategic partnerships at every level of law enforcement—from the Department of Justice to federal, state and local police and fire departments—adds invaluable expertise to the Vigilant team of law enforcement experts.”

During his tenure at the ATF, Rabadi created several programs to enhance investigative processes and tactics. He established the Philadelphia Crime Gun Intelligence Center, which now serves as a central clearinghouse of violent crime and firearms-related information. He also established the Philadelphia National Integrated Ballistics Information Network (NIBIN) Program. Prior to his work with the ATF, Rabadi served as a special agent in the United States Secret Service and a police officer with the Yonkers Police Department.

“I am excited to join Vigilant Solutions at a time of incredible innovation and growth,” Rabadi said. “At every stage of my career, I have embraced the opportunity to advance people, processes and technology to reduce violent crime. I look forward to leveraging that experience to further Vigilant’s goal: to equip law enforcement agencies of all sizes with the best image analytics tools and best practices to develop investigative leads and solve crimes.”

I have read so many articles or reviews concerning the blogger lovers but this piece of writing is genuinely a pleasant article, keep it up.