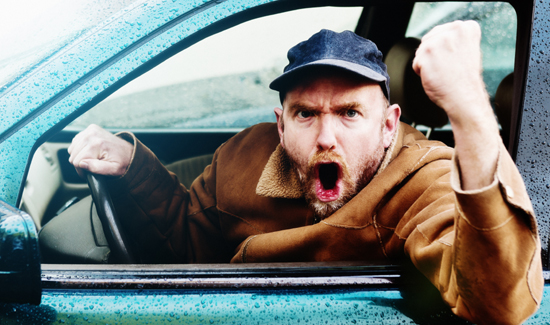 A Michigan police officer was suspended Sunday with pay after he was seen off-duty driving a pickup truck bearing a Confederate flag around a group protesting Donald Trump’s election as president.

“He is not working as a police officer,” O’Brien told the Traverse City Record-Eagle. “I do not condone his actions.”

O’Brien confirmed that a photo showed Peters at the rally Friday. The Confederate battle flag is seen by many people as a symbol of hatred and intimidation of African-Americans following the U.S. Civil War and the freeing of blacks from slavery.

The flag was flown from the rear bed of a pickup near a “Love Trumps Hate” rally in the city. The truck was then parked near the rally where the driver was seen drinking a beer.

O’Brien said the behavior was intimidating and not a reflection of the police department’s mission, according to the newspaper.

Is this the actual picture of the officer, or one designed to bias the reader through sensationalistic pseudo journalism?