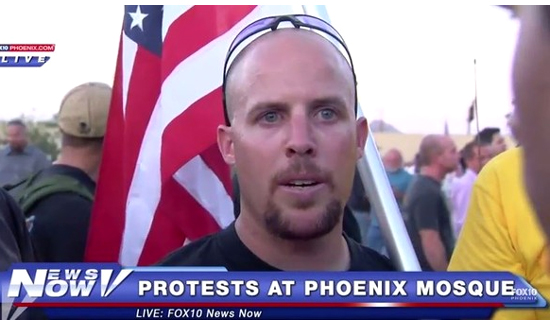 If you want to get a sense of how sovereign citizens (a.k.a. militia men and women) think, Google a guy named Jon Ritzheimer.

A true legend in his own mind, this guy drives all over the country making videos, doing interviews on CNN and anything and everything else to grab some spotlight.

The problem with these guys is it’s very difficult to identify the ones that are all talk and the others that would have no issue with killing innocent people based on politics.

Not surprisingly, Ritzheimer is disappointed that local law enforcement doesn’t seem to understand that they’re on the wrong side and that the local sheriff is technically more powerful than the President.

“This Hammond family has been so oppressed,” he opines in the 13-minute video posted above. “They’ve even been threatened with harsher prison conditions if they get caught communicating with people like myself or Ammon Bundy, who spent hours and hours and hours begging and pleading with the sheriff trying to educate them and empower them, letting them know this is the supreme law of the land.”

If you want to know what entitlement means, consider the idea that a convicted arsonist should be able to skate after “educating the sheriff.”

The media appears to have very little interest in the armed takeover or the law enforcement response.

No one could possibly be more disappointed about that than Mr. Ritzheimer.

The good news is that these guys are all social media addicts, which should make tracking them now and in the future a piece of cake.