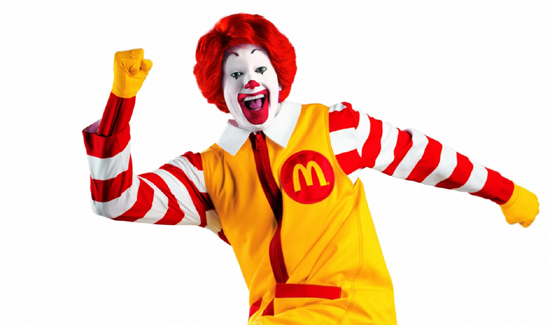 The Farmington Police Department in Minnesota has had it with creepy clown sightings.

Police were alerted this week that an individual who identified himself as Bobo the Friendly Clown would be visiting several schools at lunchtime.

Investigators quickly ruled out any threat posed by Bobo or the “clown craze,” which they characterized as an attempt “at social media influenced hysteria.” But the police chief did have a stern message for Bobo.

The next day, Lindquist issued an update reporting that a parent came forward and said their child was posing as Bobo the Clown to scare a friend.

Lindquist went on to ask that citizens “take two seconds” to think “before you hit the send key” and report a clown sighting.

“We are done with Bobo the Clown,” the police chief concluded. “He doesn’t exist.”