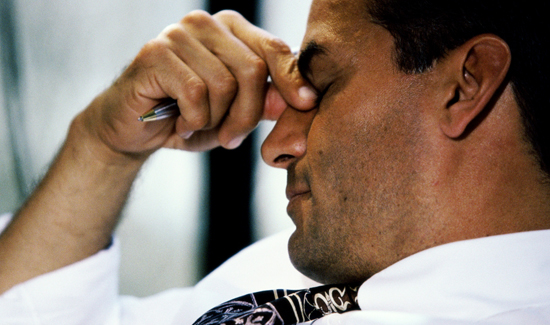 The fact that there’s a lot of negative news around policing and cops these days is no excuse to look the other way when a cop gives in to temptation.

In Mission, Texas, Chief Robert Dominguez told reporters he’s disappointed after the arrest of one of his officers on narcotics charges.

The officer is obviously innocent until proven guilty in a court of law, but that doesn’t make the publicity surrounding the arrest any easier to deal with.

“My initial reaction was disappointment, obviously,” said Dominguez.  “I knew about the investigation being conducted by the FBI and the Drug Enforcement Administration. They had briefed me on it three weeks ago, regarding that situation. Obviously, I never thought it would come to this—that he would be arrested—but unfortunately, in this case, there was enough evidence that the judge considered signing the warrant.”

Whatever the outcome of the trial, the fact remains that some officers make decisions that put other officers and agencies in a serious PR jam.

“We’ve seen federal agents, we’ve seen state, county, local law enforcement agents being arrested for a number of situations… whether it be transporting illegal aliens or drugs situations, and it’s a blow to all of us. As far as our situation is concerned, one individual does not make the organization,” Dominguez said.