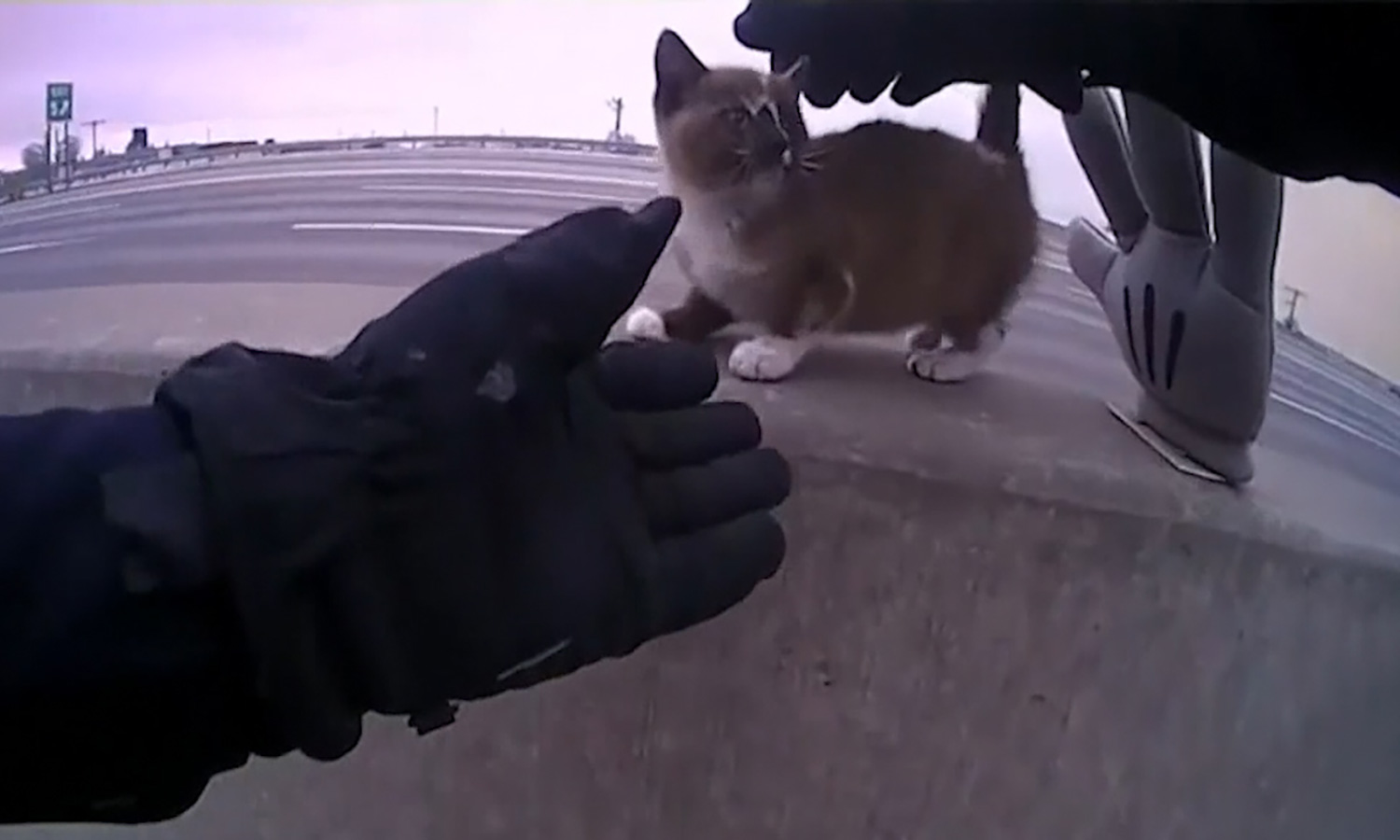 A kitten that found itself perched atop a median on a busy highway in Missouri may owe its life to a concerned police officer.

North Kansas City Police Officer Jason Smith was patrolling Interstate 29 on December 20 when he spotted the kitten on the concrete barrier in the middle of the roadway.

Cars were speeding by in both directions but Officer Smith was determined to save the tiny animal.

Smith scooped up the tiny kitty and brought it into his squad car. In the video from his body camera, Smith can be heard apologizing to the kitten for the sound of his car’s siren.

The kitten, however, didn’t seem to mind. It settled into the officer’s lap and got some pats and cuddles.

Smith took the kitten to an animal shelter but ultimately adopted her himself. He named her Bella.