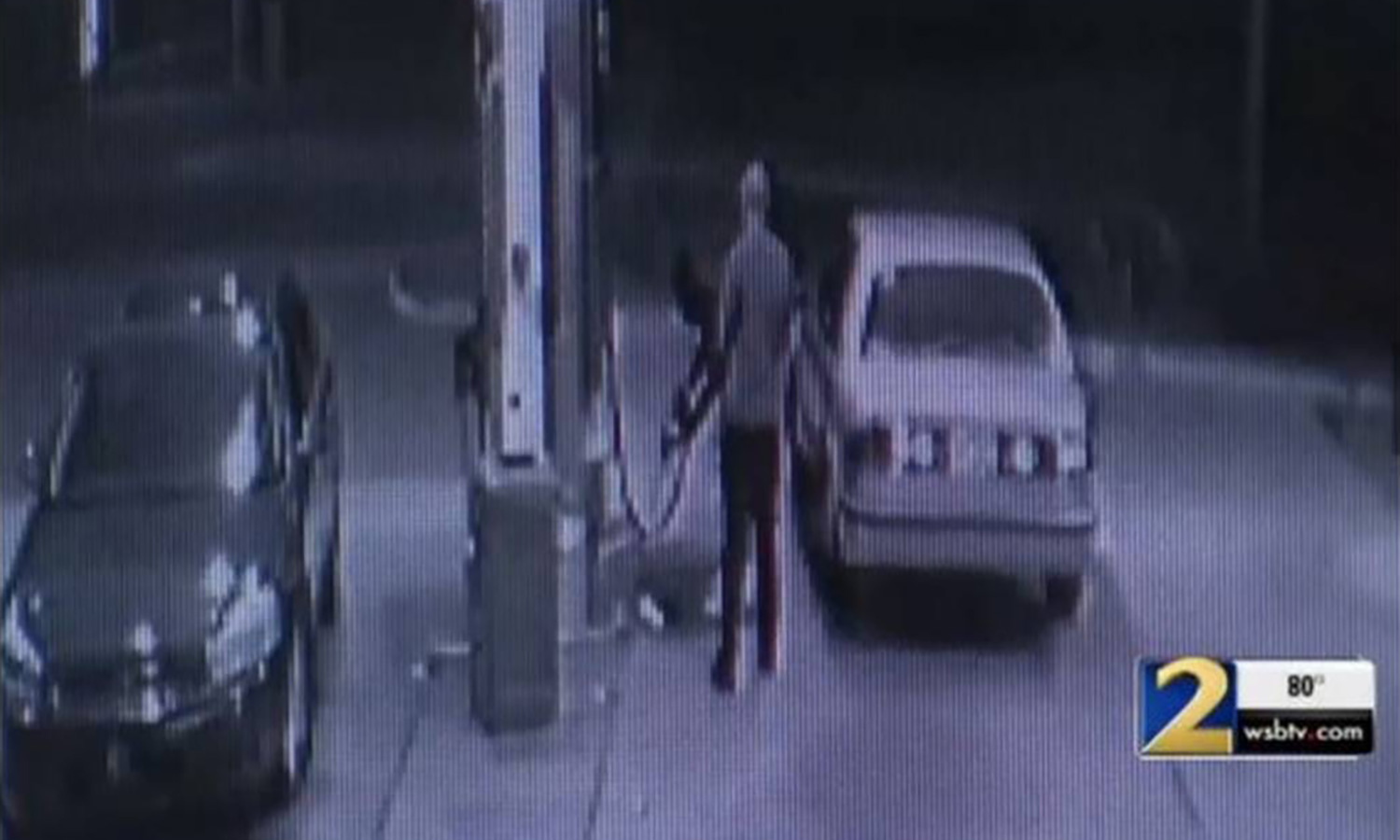 A mother in suburban Atlanta didn’t hesitate when she recognized a surveillance photo of her 15-year-old son in a Saturday morning news report on a fatal carjacking, WAGA reported.

The mom walked with her son to an East Point, Georgia, police station, where he surrendered to officers, reported WSB-TV.

Terrick Matthews, a 24-year-old father of two, died Monday when carjackers shot him in the neck, reported The Atlanta Journal-Constitution.

A friend and Matthews, who had been asleep, were inside the vehicle in an apartment complex parking lot when three carjackers tried to break in, reported WXIA.

“It wasn’t necessary for them to take his life,” detective Ebony Johnson told WSB-TV. “They were in compliance. They were getting out of the vehicle at that point.”

The carjackers stole the vehicle, but later set it ablaze and abandoned it after filling an empty soda bottle with gasoline at an Exxon station, where they were captured on security cameras, reported WXIA.

A warrant has been issued for the arrest of a second person in the case and police are trying to identify the third suspect, officers told WAGA.

“Think about it as being one of your family members that lost their life,” Johnson told WSB-TV. “You would want them to be brought to justice.”

Matthews’ mother told the station that her son had just started a new job and had called to wish her a happy birthday just hours before his death.

Mom, that took an incredible amount of courage to do the right thing. I’m very sorry you have to go through what you’re experiencing now with regards to your son and whatever influenced him to do what he did, but the decision you made is one that will hopefully guide your boy to understand why you had to do what was the right thing to do for Mr. Matthews and his family, as well as the rest of the community in which he resided.