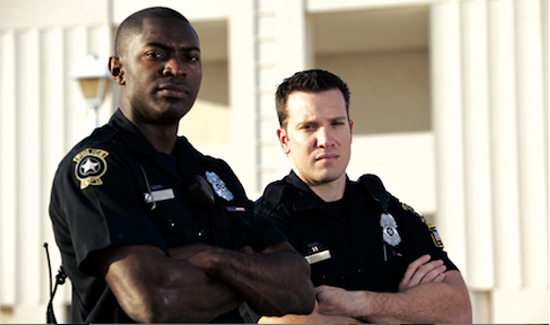 A recent Los Angeles Times story revealed that in areas served by the Los Angeles County Sheriff’s Department (LASD), violent crime was up 9 percent and property crime up 6 percent through November 30, 2016.

This is the second year in a row we have had an increase in violent and property crime.

Currently there are over 1,100 vacant deputy positions at our agency, with some people saying those numbers are possibly much higher.

The LASD is not the only agency struggling with hiring shortages. According to a recent USA Today story, in the past five years, law enforcement openings in California have increased more than 600 percent.

The hiring crunch and massive shortages plaguing law enforcement agencies have heightened the need for the LASD to maintain its ranks as we are the primary agency doing countywide backup for departments throughout Southern California.

We provide mutual aid to all 88 cities in the county to make sure there is an effective response to a wide range of emergencies.

There is a misconception among some that mutual aid is used only during civil unrest and natural disaster.

However, our deputies routinely respond to many incidents outside our jurisdiction, frequently lending valuable support for large criminal and terrorist investigations and deploying our special units such as SWAT, the bomb squad, the hostage negotiation team and others.

There is more than one reason our neighborhoods are experiencing an increase in crime.

In California, the passage of Proposition 47 has made many crimes of theft inconsequential misdemeanors.

Accused criminals have failed to appear in court in increasing numbers and the pending early release of thousands of inmates from prison is exacerbating these problems.

The most effective way to combat crime is to have a well-staffed law enforcement agency serving and protecting the community.

The highly-respected Rand Corporation, in an exhaustive study on the cost of crime and the effectiveness of police in preventing crime, concluded the return on investment for hiring additional law enforcement was likely to be appreciably above the cost of hiring.

The study noted the benefits of additional hiring was obvious but these reports were mostly buried in academic journals that policymakers underutilized.

The Public Policy Institute of California (PPPIC) echoed the findings of the Rand Corporation in August 2016 and confirmed what we already know. In the PPPIC’s “Just the Facts” release, they wrote: “The most recent credible research finds that an additional police officer reduces crime by 1.3 violent crimes and 4.2 property crimes per year.”

Other recent evidence estimates that the crime-reducing benefits of hiring an additional police officer exceed $300,000 per year, much more than the annual cost of an additional officer.

The Rand Corporation has also documented multiple ways to solve the issue of law enforcement retention and recruitment in another 2010 study.

The study noted that retention and not just recruiting should be a key focus of departments, as turnover was costly in terms of training, loss of valuable officer experience and competent decision making.

The findings concluded that the best way to retain deputies and officers was to improve compensation and benefits.