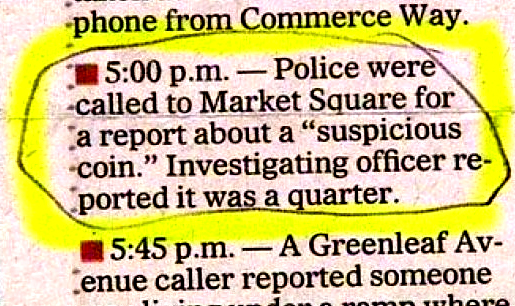 With violent crime on the rise and police chiefs, managers, and officers running for the exits due to budget cuts, one might be tempted to think that the powers that be might want to consider making public safety, as opposed to homeland security a top priority.

But as seasoned observers already know, getting lawmakers and bean counters to spend money on things like pay raises, better training, and equipment is increasingly like trying to melt concrete with a Zippo.

But if you say “terrorism,” all of a sudden there’s basically an unlimited amount of cash available to anyone with a plan to “secure the homeland.”

In Florida, at a gas station recently, law enforcement officials recently asked for about six million bucks to create “46 new counter-terrorism positions,” in that state.

It’s unclear if all of those jobs will be at the Florida Department of Law Enforcement, but it was FDLE officials that sounded the alarm during the recent press conference at the gas station about terrorist attacks and how to stop them.

Again, the strategy is an oldie but goodie: “If you see something, say something.”

FDLE Commissioner Rick Swearingen says people may be seeing some things, but they’re not saying some things. Or at least they should see more, or say more—or something.

“It could be they’re afraid of…there’s a culture of political correctness here, maybe they’re afraid they’re reporting something that’s really nothing, I don’t really know. But all we’re saying is, if you see something suspicious, if you’re gut tells you something is wrong, report it. That’s our job to determine if there’s something there or it really was nothing,” he said.

At any rate, anyone that’s ever said “you can’t solve a problem just by throwing money at it,” is apparently unfamiliar with the way homeland security spending (roughly $50-$80 billion annually) works.