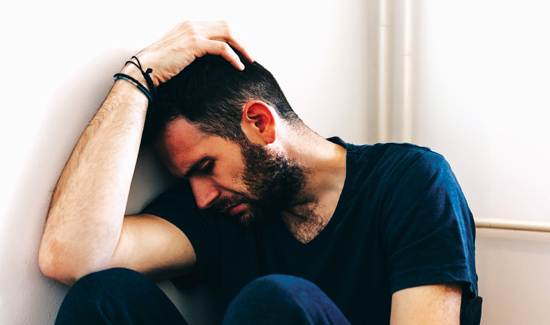 When it comes to mental health training and de-escalation tactics, it’s amazing how quickly police officers in the field wind up using those new skills.

He says he was on his first shift after the training when he got a chance to put his new skill set to the test.

Kaplan was called to assist a suicidal man parked outside a hospital.

Kaplan says the man was in rough shape. In fact, he was so distraught he was unable to go inside to ask for help from doctors—even though his girlfriend was begging him to do so.

Then he put the training to work. He established contact, expressed sympathy and empathy, and got the guy talking.

Kaplan learned the man had a kid, so he began to talk softly about how the child needed a father.

These things take time, but 45 minutes later, the man walked into the ER to get some help.

The suicidal man tracked down Kaplan about a week later and thanked him for saving his life.

Kaplan and fellow officer Brent Brass say the training they got made all the difference. Their boss, Capt. Kris Markeson, agrees.

“This is the only training where officers have come to me independently and said, ‘I wish we could send everyone,’” Markeson told reporters with SouthernMinnesota.com.

“The more trained officers we can have on staff the better chance an officer goes face-to-face with these people,” he continued.

The good news is that in some places this critical training is being expanded. In fact, all law enforcement personnel in Minnesota might soon be required to learn how to deal with people with mental illness and safely de-escalate crises.

There’s bill being considered by state lawmakers that would boost police training by $7 million, including mandatory training in crisis intervention, conflict management and cultural issues.

“Officers need a better understanding of how to defuse what are often tense situations,” said Andy Skoogman of the Minnesota Chiefs of Police Association, which supports the bill.

Better training for cops ain’t cheap, but it’s worth every penny.

“It is expensive training. The state needs to increase its investments – it can’t fall on all local government,” said Nathan Gove, executive director of the Board of Peace Officer Standards and Training (POST), which licenses officers in the state’s 439 agencies and supports the bill.

“Before this,” he said, “I probably dealt with people having a mental health crisis and I didn’t know it. I just didn’t know what to do.”

Now other officers are learning from their colleagues Kaplan and Brass.

“Their attitude and approach to these calls has rubbed off,” Grove said. “The information Jacob and Brent have had and how they treat these people has been very positive for everybody.”

I remember a great friend and trainer who taught me said if everyone is yelling nobody is listening. Slowing things down when possible is also a plus. Stay Safe happy memorial day!

I remember a great friend and trainer who taught me said if everyone is yelling nobody is listening. Slowing things down when possible is also a plus. Stay Safe happy Memorial Day!