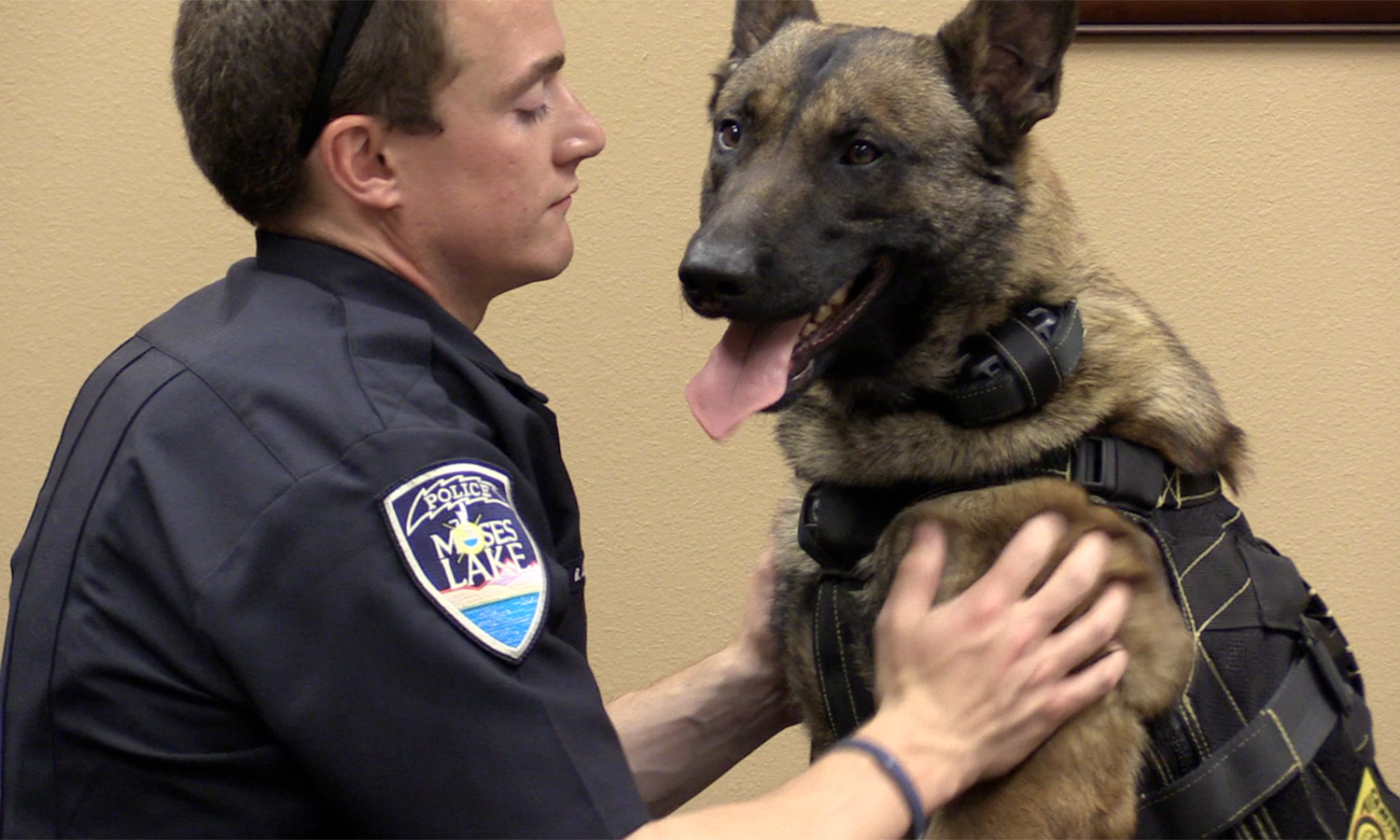 Moses Lake police K9 Rex got his first bite on Sunday thanks to a suspect who reportedly tried to break into homes before fleeing into a corn field.

Moses Lake police received multiple reports Sunday night of a suspicious male on Hamilton Road Northeast. At least one person reported hearing the suspect attempting to enter their home through the front door, according to Moses Lake police.

Deboer reportedly ignored Zook’s commands to stop and Rex was deployed, biting the suspect and holding him until he was taken into custody, according to Moses Lake police.

Deboer was taken to Samaritan Hospital for treatment of his bite wounds before being booked into Grant County Jail for attempted residential burglary, resisting arrest and obstructing law enforcement.