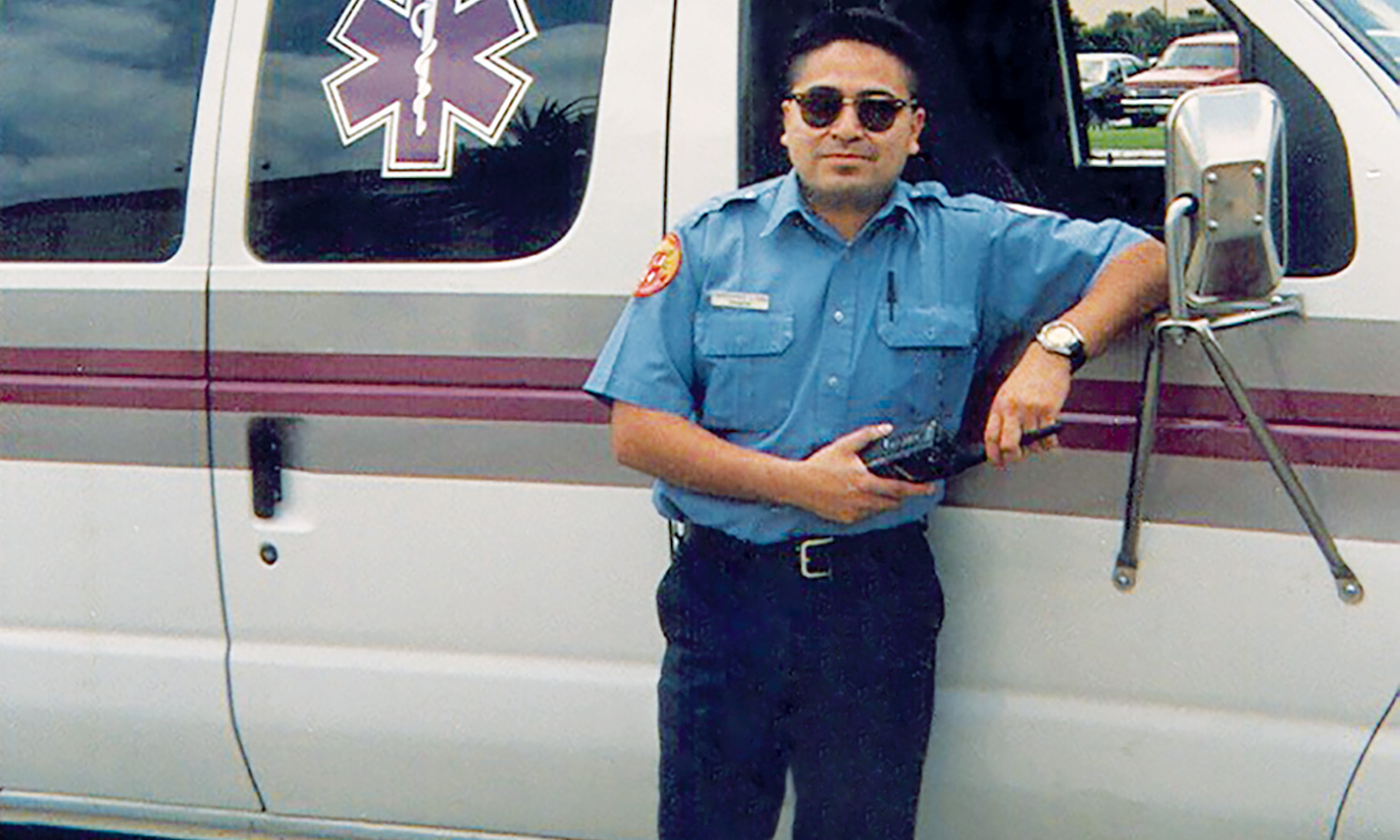 According to a news release from the department, Dominguez, 27, regaled his colleagues with the story of his unexpected birth in the driveway of his childhood home. During the delivery, he said, his umbilical cord wrapped around his neck, cutting off his air supply.

Cano overheard Dominguez telling the story and something clicked in his memory. Before joining the ranks of the department in 1997, Cano had worked in the San Gabriel Valley as a paramedic. He had delivered 13 babies during his time on the job. One delivery in particular has always stood out in his memory — it involved a newborn fighting for his life.

When Cano arrived on the scene, he remembers immediately freeing the infant, who was turning a deep shade of blue.

“Lt. Cano and Officer Dominguez immediately realized that fate had brought them together again,” the department wrote in its news release. “That’s when Officer Dominguez shared that his unique middle name, ‘Blue,’ came from the blue hue his face and body displayed when he was born.”