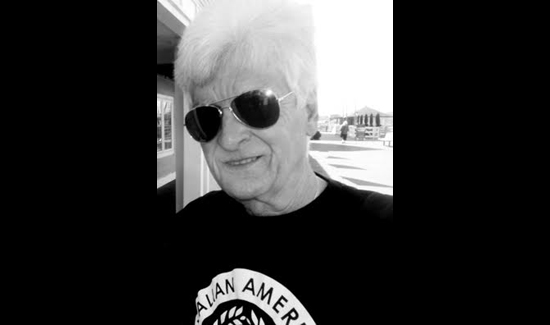 As a retired police officer with over 27 years on the job, the news story and video on the officer at a pool disturbance down in McKinney, Texas, looked pretty bad. I also watched a TV interview with the young lady in the video on the ground, her father, and the family lawyer—none of them took any personal responsibility for what happened at the reportedly out-of-control pool party.

According to media sources, 911 calls were made by others at this pool concerning safety concerns posed by over 100 young people getting out of control. That was what brought Officer Eric Casebolt to the scene.

There are actually two stories here. The one I just mentioned and, of course, the actions of this one officer. As I watched the video, it seemed the first officer on the scene quickly went into action to quell the disturbance, but he was clearly outnumbered, and in quick time appeared to get overwhelmed when he could not get order restored.

I could see that on the video clip and felt sorry for him—he was clearly in over his head.

As a police officer for many years, there are policies and protocols about almost everything thought or imagined. With the luxury of hindsight, it was clear that the officer should have waited for more cruisers to arrive and it was clear that he progressively as the situation  continued to escalate. He may have in fact helped to escalate things when his anger obviously kicked into gear. The police chief was correct in saying his officer was out of control. The officer rightly was suspended and   also made the right decision to resign.

However, I refuse the narrative that this was just another racist cop out to get African Americans as I heard a minister appearing on  JusticeMatters play up in his TV interview.

The parents of these so-called kids need to take some responsibility. These were not little children set upon by racist police. These were out-of-control teens who were scaring a lot of people at that pool that day.The job of police officer is a high-risk profession that comes with many unknowns. The family lawyer stated that the officer should have never pointed his gun at anyone. I watched the video—he never pointed it at anyone and he seemed quite justified in removing it for a short time from his holster for his own safety.

There has been a war on the cops’ mentality out there in many parts of the media and among race hustlers seemingly milking agenda-driven bad news.

For this officer to claim that 2 prior suicide calls where the reason why FORMER Officer took the actions he took upon arriving at the pool party scene, (which just came to light Wednesday) was in my opinion a weak “excuse” at best. ALSO IMHO having the officer to quit the Department the day AFTER the incident, was the right move. I’ve also heard that the Department have been receiving phoned in death threats, is a little over the top. We shall see if the city can get back to normal, or are these incidents going to keep happening.

I agree that the pool party was out of control from what I have seen of the videos. Second, I agree the officer was in over his head and lost his professional image once he started cursing and and attempting to get these teens under control. However, these are extenuating circumstances where I saw teens trying to provoke, intimidate, and get officers to do something stupid instead of professional.
The officer that had the two teens come up to his right side, had a fear for his safety, this gives him the right to pull his weapon and be ready to use deadly force if necessary. Thankfully, the two young punks ran and he put his gun back in his holster. He was not out of line during that detailed incident.
Wehre were the parents of these teens, do they live in the area where the pool party was held. I was told that the pool party was not legally arranged and that there was an offer of free admission and food and drinks. That once in there there were attempts to sell other items which were not permitted. Last, The uninvited guests caused the fights and the public disorder.

We are getting too politically correct in our society. We refused to notice criminal intent and action before the officer’s response. These films don’t show the whole incident and of course the side the teens wanted to show was given preference.
Get a grip America, we need to start prosecuting the people breaking the law and supporting those trying to up hold it in strenuous circumstances. This is another Media hype for anti-police propaganda. Shame on the media once again.

The teen that promoted the party did not get an ok from the HOA to use the private pool nor did they pay a required deposit.. She issued an open invitation to teens by way of social media and they came & would not leave when told to by residents in the neighborhood so the cops were called. This is a mixed race neighborhood. When the officer told the teens to disperse they refused &argued with him. He did not use excessive force. The teen girl that organized this party & her mother should be charged for this incident.