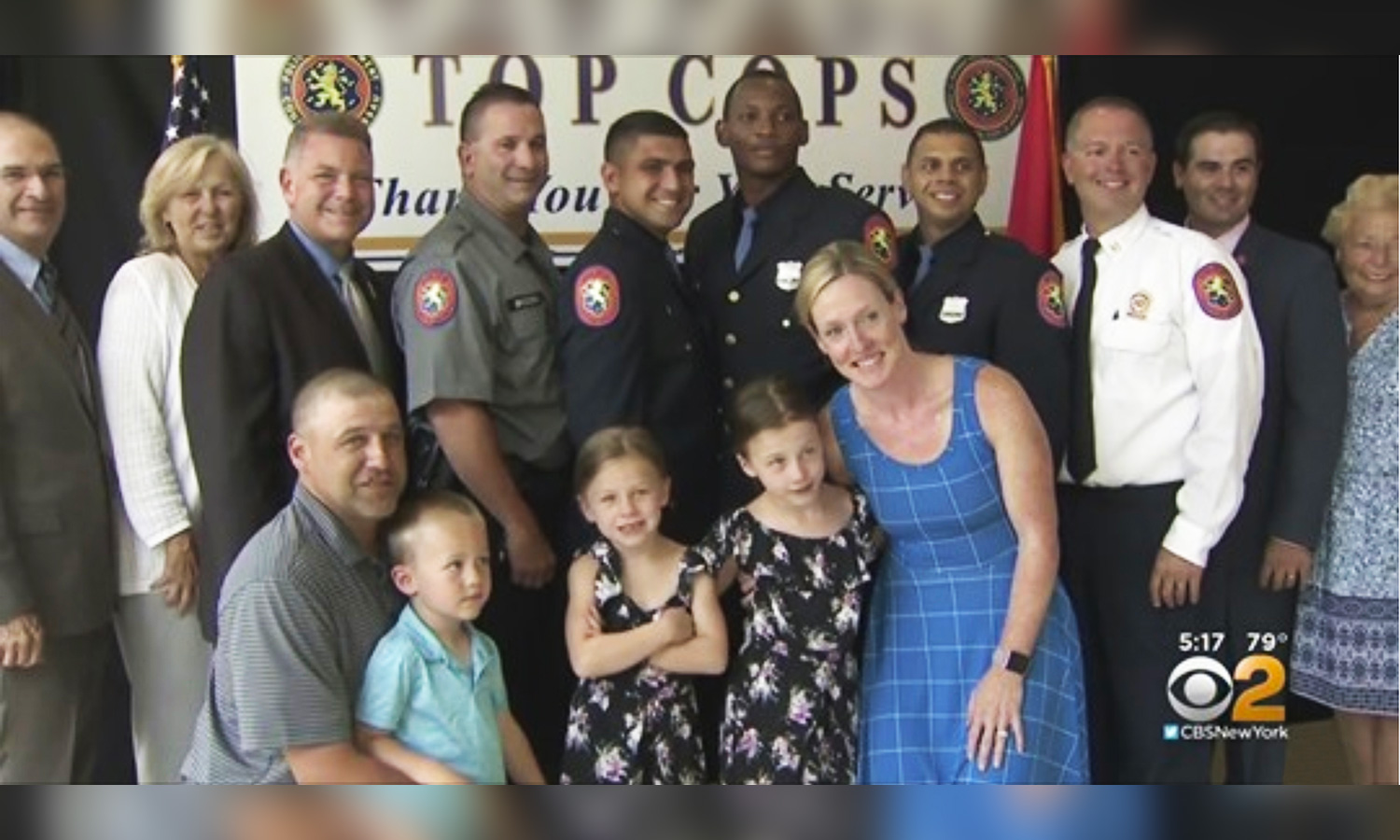 MINEOLA, N.Y. (CBSNewYork) — There was a very happy ending to what could have been a swimming pool tragedy.

On Monday, a family from the Long Island town of Seaford thanked first responders who saved their little boy. He has fully recovered from a very close call, CBS2’s Carolyn Gusoff reported.

The Whiffen’s backyard pool has all the right safety equipment, including a child-proof enclosure, flotation devices and a chair front and center for mom to monitor the kids.

And in that brief moment, from frolicking in the pool Charlie was suddenly lying face up, unresponsive and barely breathing.

“I think he flipped and took in water,” Whiffen said. “I called his name. He didn’t say anything. So I just jumped in immediately in my clothes and threw him out of the pool. And then at that point he was starting to have a seizure.”

Whiffen called 911. Nassau County police officers descended on the house and administered CPR and oxygen. Police medics inserted a breathing tube and rushed charlie to the ER at a nearby hospital.

“They were here so fast. It was unbelievable,” Whiffen said.

“Just thank you from the bottom of my heart. My family is very grateful,” father Michael Whiffen added.

The Whiffens got to say that in public Monday, as the three Nassau police officers, two medics and 911 operators were given “Top Cop” awards.

After three days in the hospital, Charlie has fully recovered.

“Obviously, we have a front-row seat to a lot of life’s ups and downs and to be on the up end and to see a boy who is happy, interacting with his sisters and his family, and a set of parents that are together thankful and willing to be here and share him back with us is an amazing thing,” Nassau Police medic coordinator Scott DiPino said.

Tears of gratitude came with a lesson.

“No matter how confident you think you’re kids are in the pool you can’t turn your head at all,” Kristy Whiffen said. “You have to have someone who is in charge of watching them at all times.”

The Whiffens said they may never know why their son flipped over in the pool while wearing two flotation devices, but they do know how those 20 seconds could have ended and whom they are profoundly grateful.