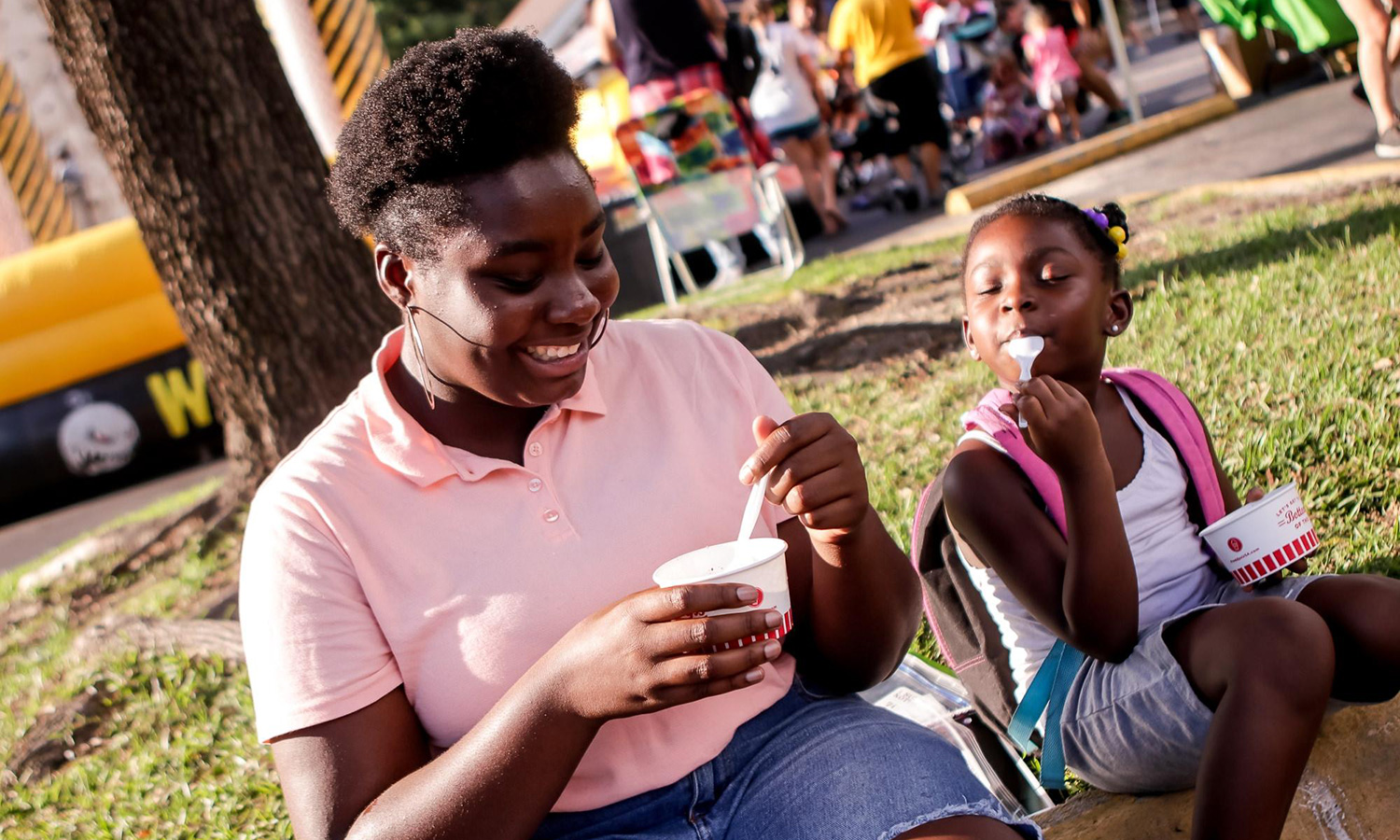 Ana Jinette Owens had no plans to go down a water slide when she attended the 35th annual National Night Out activities Tuesday at the Tera Gardens Apartments off Ramsey Street.

She stood at the bottom of the steps of the 28-foot tall slide, waiting for her daughter, 3-year-old Ayaina Owens, to come down and plunge into the pool at the bottom.

But Ayaina would have none of that – unless her mom went with her.

That’s how Ana Owens ended up going down the slide in her T-shirt and shorts.

“I kept my eyes closed,” she said after the ride.

The water slide was just one of the attractions at the event in the apartment complex on Law Road. There was a bounce house, rock climbing, race cars on display, and educational information that included crime prevention and health tips.

There was music and a disc jockey, courtesy of radio station WFNC. And where there’s music, there’s dancing.

More than 100 people came to the main parking lot of the complex in the early evening heat and quickly found snow cones, ice cream and shady spots.

The Tera Gardens party was one of 27 held in Fayetteville on Tuesday.

National Night Out was created to help bring neighborhoods and law enforcement together in an effort to fight crime. But it’s more than that, said Tammy Clements, the complex’s resident service coordinator.

“It benefits the community,” she said. “People who just got here get to know their neighbors.”

“It gets the community out to see that we’re not the bad guys,” she said. “And you can get to know your neighbor.”

The message wasn’t lost on at least two teenagers enjoying the fun.

Chase Oliver, 18, doesn’t live in Tera Gardens, but was attending with a friend.

“Everybody can come together without arguing,” Wright said. “It’s important.”

It was a more low-key atmosphere about 4½ miles away, where the Greenwood Homes residents gathered at the Greenwood Park for food and fellowship. About 20 adults, four childred and five police officers attended the event.

“We have a community watch, but we’re looking to boost people’s involvement,” said Liz Testa-Vasser, one of the organizers.

“We want to get more families and neighbors involved and this is a great way to do that.”