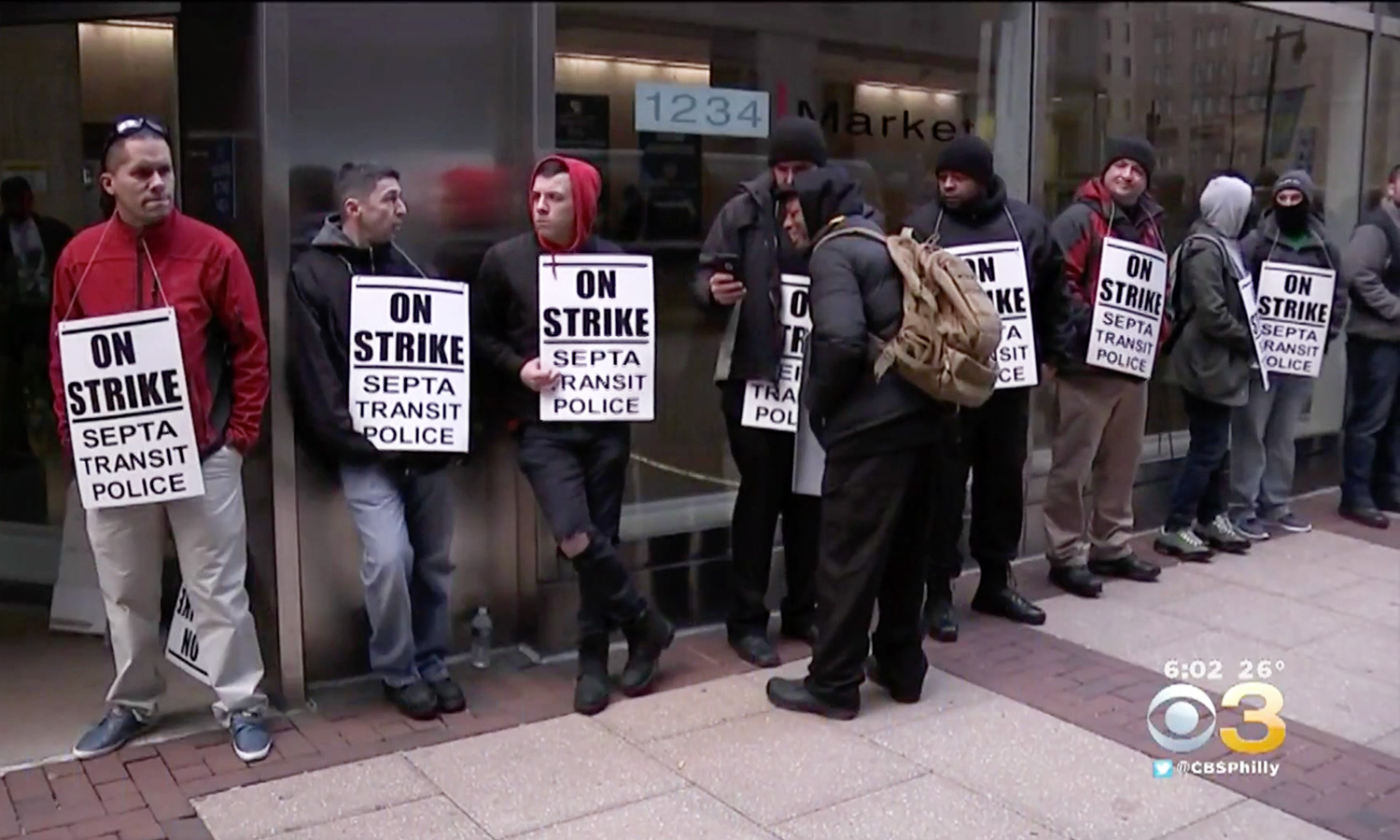 PHILADELPHIA (CBS) — Nearly 200 SEPTA Transit Police officers are on strike after the union and SEPTA management failed to reach a deal on Wednesday. SEPTA transit officers have been working without a contract since March 2018.

“These officers put their lives on the line every day to protect the riding public—and do it in a professional, caring and compassionate manner—and they need to be compensated fairly,” Bervine said in a statement.

The SEPTA Transit Police union took to the picket line outside SEPTA headquarters in Center City.

A SEPTA spokesperson says it has a strike contingency plan in place. SEPTA says Philadelphia police officers will provide assistance, including an increased presence at major transportation centers during school dismissal time. Police in suburban communities will help with patrols and responses.

There are also 49 SEPTA police supervisors who remain on duty and will work 12-hour shifts on patrols throughout the system.

SEPTA officials do not expect any additional risk to riders or service disruption.

“Nobody wants a long-term strike, nobody wants to strike at all for that matter, but we’re confident in the contingency plan in place,” said SEPTA spokesperson Andrew Busch.

The last time SEPTA transit officers went on strike was March 2012. That strike lasted about a week.