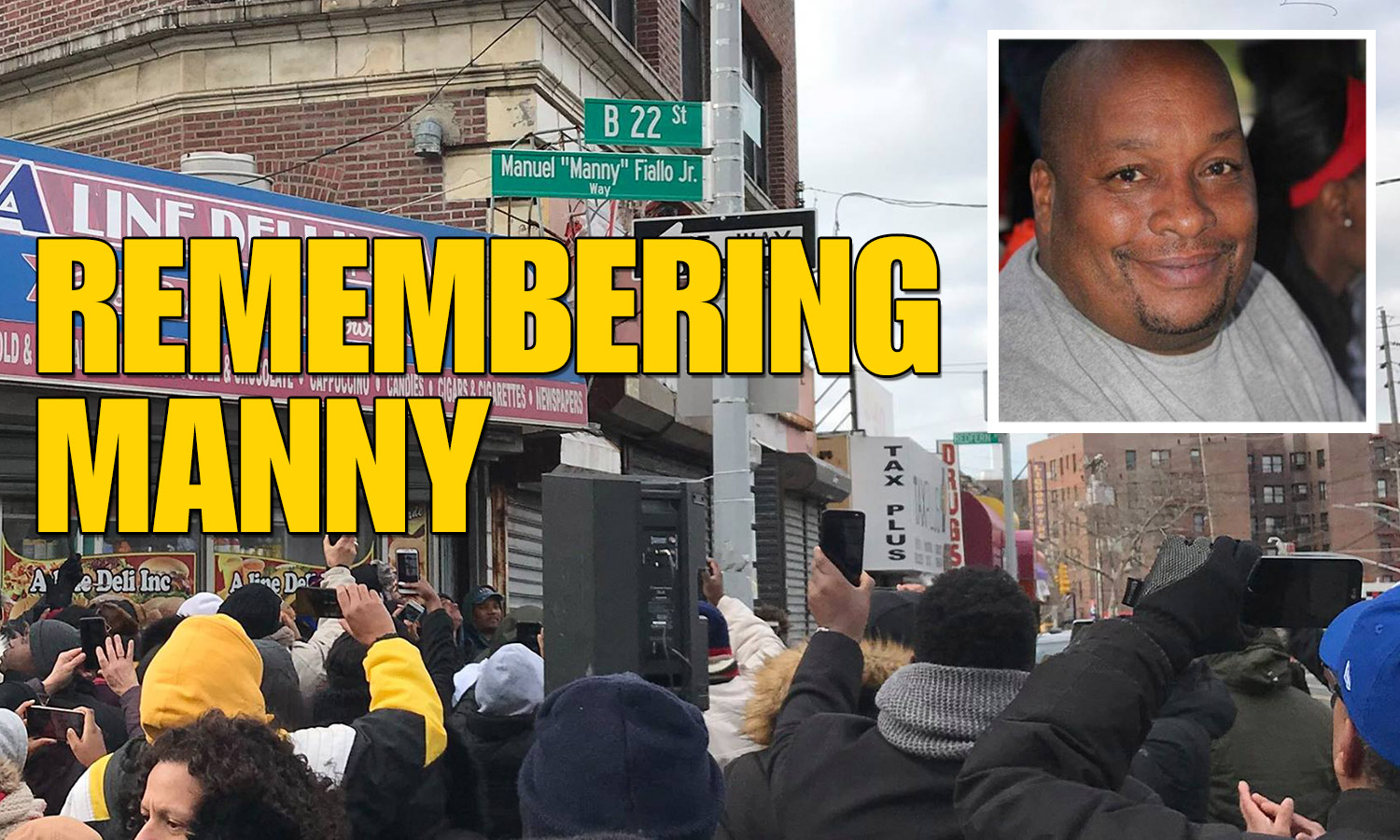 Editor’s note: There are stories like this from every city and town in America, but too often we never hear them. This is a tribute from a former cop for a community icon who worked closely with the police, his neighbors, and the children to make the community a better, safer place.

Manny Fiallo was the Sgt. at Arms at the local Precinct Community Council in New York City. But the reality is he was much more than that. Although he was known as a community activist, I always thought a better term for him was “community philanthropist.”

We hit it off right away. He was the kind of person you could meet for five minutes and he would make you feel as if you had known him all your life. A real team. Left to right former NYPD Officer Kevin Campbell, his former partner Maurice Roper and Manny. NYPD cops have worked hard to establish positive relations in the community and it’s paying off. Case in point: when Officer Roper was transferred to another precinct, Manny organized a big going away party for him and invited cops and people from the neighborhood. It was a huge success.

He was one of the most genuine people I have ever met. When I asked him to join the Community Council at the NYPD’s 101st Precinct, he asked me, “To what end?”

I replied that he would get a pat on the back for all his great deeds with the kids. His reply was short and to the point. “I’m not about that,” he said. “I do this work because I want to. I want to give back to my community.

I told him if he joined the Council, he would have the entire resources of the NYPD at his disposal with just one phone call. His eyes widened. he joined and that was the beginning of a truly beautiful relationship.

There was not a week that went by where we did not team up and do something for the people in the community – a small event, driving young people to some place they had to go, help someone with a task they needed help with, and even major events.

Over the next eight years we became the closest of friends.

One day he decided to tell me about all the grief he got for hanging out with cops, which was usually me. I remember chuckling at the time. I told him, “Buddy, don’t you think I get grief from cops because I hang out with you. Jokingly I told him we both have our crosses to bear and that I would bear mine ten thousand times over again, just to do what what the two of us do together.”

If I could call Pope Francis and have Manuel C. Fiallo Jr. canonized as a saint, I would do it. There is no one more deserving.

Manny Fiallo was a charismatic man whose greatest gifts were his generosity, his passion, and his soul. He was not a politician. He was not a wealthy man. But he was gifted and he got things done. Manny organized hundreds of community events like this Annual Family Day gathering where the police and the residents turned out in force to show their gratitude to Maurice Roper and wish him well in his new assignment.

In 2007, after the death of the well-known Far Rockaway rapper Stack Bundles, Manny thought it would be a good idea to start a basketball tournament in hopes it might help stop the violence. But Manny told me he had to have a commitment from the NYPD to have an officer at every game for him to move forward.

For our commander this was a no-brainer. The commander knew, as did everyone else, the enormous difference Manny was making in the community and he was rarely if ever denied a request. I have yet to see any program or individual who could bring people together like he did. Today the “Stack Bundles Stop the Violence Basketball Tournament” is almost a decade old, and one of the Far Rockaway’s favorite, best-attended events.

Kevin Campbell is retired from the NYPD.