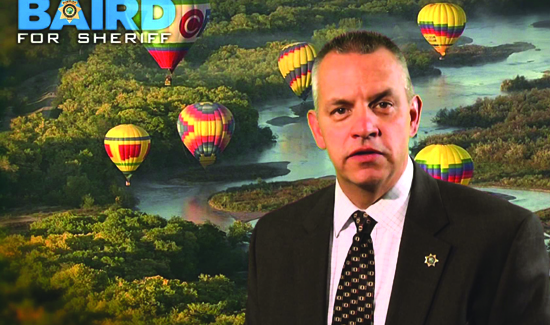 Talk to cops about drug policy and you’re likely to get very different answers, depending on whether the officers are still working or retired.

Many high-profile retired law enforcement officials use the freedom that comes with retirement to join or support groups like Law Enforcement Against Prohibition, aka LEAP.

Now, in New Mexico, several retired and formerly high-ranking police officials are getting into the burgeoning medical marijuana industry.

In New Mexico, medical marijuana can only be sold by state-approved non-profits. And several former high-profile conservative law enforcement leaders have applied for permits to set up shop.

He’s partnered up with a high-profile defense attorney known for defending drug dealers in state and federal court.

White then became an anti-medical marijuana lobbyist in New Mexico.

Now he’s on the board of directors for Purlife, a non-profit applying for a state-issued license to sell medical marijuana.

The Albuquerque Journal also reports that two other applications have been submitted by White’s former deputies.

Johnson, who has since run for president as a Libertarian and is currently the president of a medical marijuana company, called White a “hypocrite” for changing his stance.

In the real world, among those without a lot of skin in the drug war game, medical marijuana is a fact of life that’s here to stay.

It’s just a question of who can adapt and who can not.