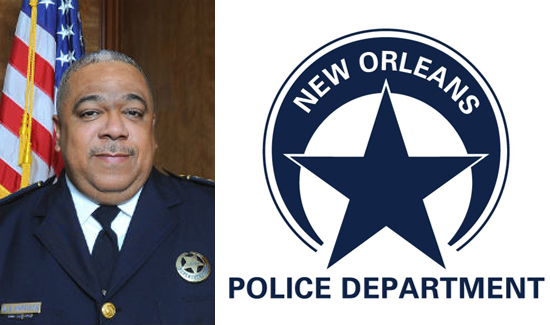 Via the New Orleans Advocate:

In a move that a Civil Service Commission staff member called “unprecedented,” New Orleans Police Superintendent Michael Harrison urged the commission Monday to approve a plan to let him appoint 16 top commanders at will, not subject to normal civil service rules on promotions.

Harrison said he needs to formalize the rank of his commanders, who have led the NOPD’s eight geographic districts and other divisions since 2011, in order to cement the reforms the Police Department has enacted under pressure from the U.S. Department of Justice.

But all three unions representing New Orleans police officers spoke out against the plan, calling it an end-run around civil service protections.

A commission staffer said the plan could subject top-ranking officers to the kind of pressure alleged in a recent report from federal monitors on the department’s flawed hiring process.

The commission took no action on the proposal, deferring a decision until its next meeting in March.

The hearing represented the latest installment in a long-running dispute over how much authority the city’s top cop should have to hire and fire the high-profile district chiefs, who report to the department’s deputy superintendents.

The police “commander” slot was created on a temporary basis in 2011 at the request of then-Superintendent Ronal Serpas. The Civil Service Commission created the commanders as a type of special assignment, rather than a formal rank within the department’s hierarchy.

The Fraternal Order of Police, the Police Association of New Orleans and the Black Organization of Police have been fighting the special designation ever since. They argue that officers should be promoted on the basis of formal tests, rather than being subject to the whims of superintendents and mayors.

Citing a favorable 4th Circuit Court of Appeal decision, the Police Association in October asked the Civil Service Commission to conduct a formal job study of the commander designation. The study will determine whether the commanders perform similar functions to the captains who led the police districts before 2011. Those captains were promoted and protected by civil service rules.

With the job study nearing its completion, Harrison sent the commission a letter on Feb. 6 asking it to change the commander designation to a formal rank, but still giving him the ability to promote and demote officers to that rank as he pleases.

Harrison called his proposal “one of the most important, critical requests I have ever made” of the commission.

The captains and majors who once staffed the department’s top ranks were responsible for many of the “key failings in leadership” outlined in a damning 2011 report from the U.S. Department of Justice on the NOPD’s unconstitutional practices, he argued.