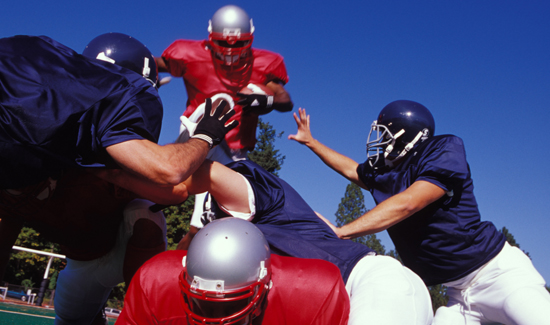 When it comes to occupational friction, police officers and firefighters have plenty.

It’s a little bit like carpenters and painters: you don’t often hear one group saying lots of nice things about the other.

In New York, cops and firefighters recently got together for a football game to engage in some good-natured rivalry and sportsmanship, all in the name of charity.

But sometimes, especially after a particularly nasty tackle, emotions get the better of us.

Thankfully, the dust-up was as uneventful as the “fights” in NFL games usually are.