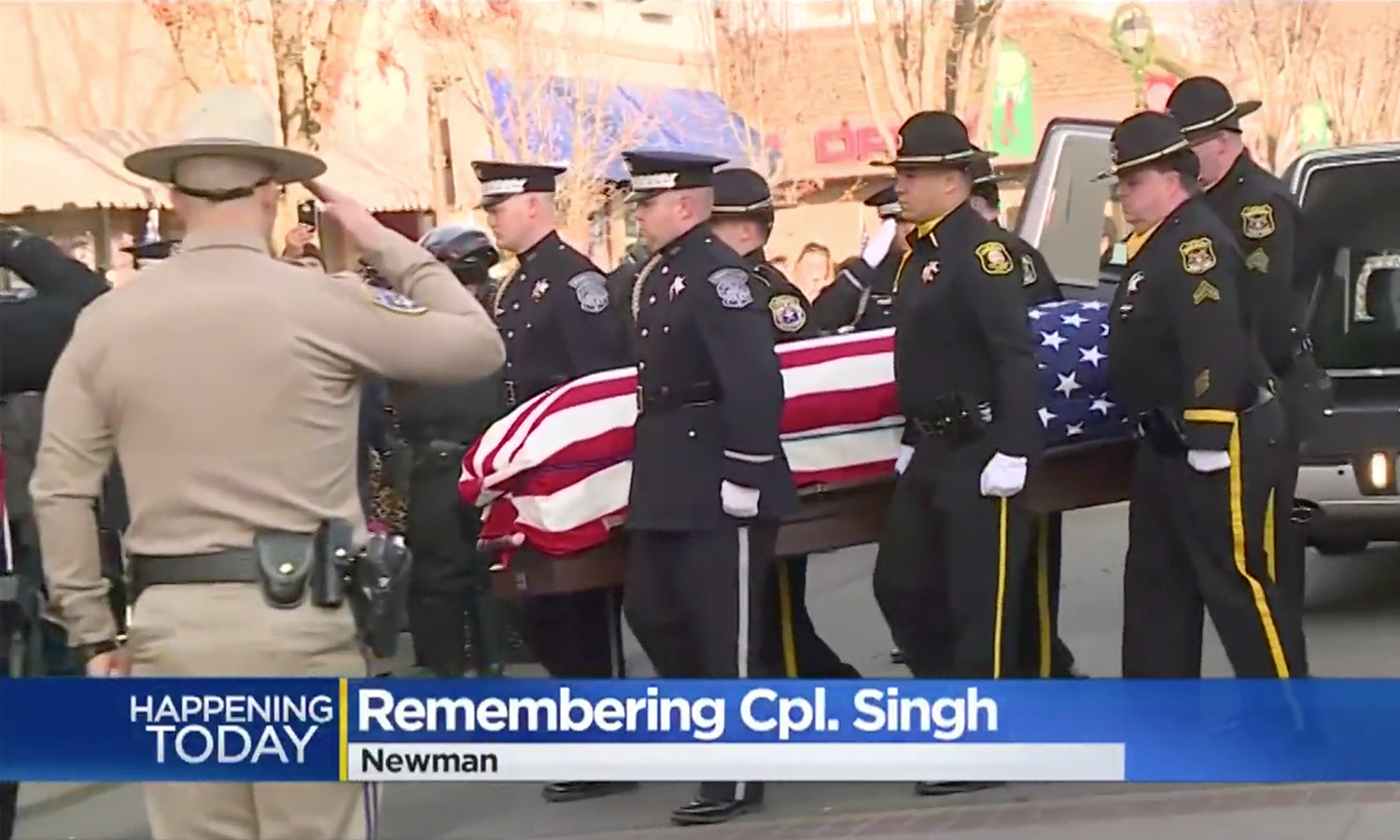 MODESTO, Calif. (AP/CBS13) – Funeral services will be held in central California Saturday for Cpl. Ronil Singh, the police officer who authorities say was shot to death by a man in the country illegally.

Singh was killed Dec. 26 when he pulled over a suspected drunk driver.

Just hours earlier, the 33-year-old officer had been home celebrating Christmas with his wife, 5-month-old son and K-9 dog before starting his night shift.

An intense, dayslong manhunt led to the arrest of a man who authorities said was preparing to flee to Mexico. Gustavo Perez Arriaga, also 33, has been charged with murder and seven others arrested on suspicion of helping him evade authorities.

The case has rekindled a debate over California’s sanctuary law that limits cooperation by local authorities with federal immigration authorities. President Donald Trump has cited Singh’s killing to call for tougher border security amid a fight with congressional Democrats over funding for a border wall, which has forced a partial government shutdown.

Trump mentioned at a news conference Friday that he called Singh’s family to offer his condolences.

Singh, who emigrated from his native Fiji to pursue a career in law enforcement, joined the 12-member Newman police force in 2011.

On Friday, his casket was draped in an American flag and driven about 25 miles in a procession from Modesto into a theater in the small town of Newman for a viewing. People lined up along the streets to honor the fallen officer.

He will be remembered at a memorial service Saturday at a community church in Modesto. After that, Singh’s body will be taken on a procession to its final resting place at Lakewood Memorial Park in the nearby town of Hughson.

The Newman Police Department posted on Facebook Friday a thank you to the community for their support of the department since the tragic incident.

“We wanted to take a moment to thank our community that we serve for the tremendous amount of support the family and the Newman Police Department has received. We want to say thank to every single person who has called us, stopped us to tell us they care, sent us letters and messages, and donated at various functions,” the department said.

Singh’s funeral can be viewed via live stream on Saturday on the department’s Facebook Page and their YouTube channel.