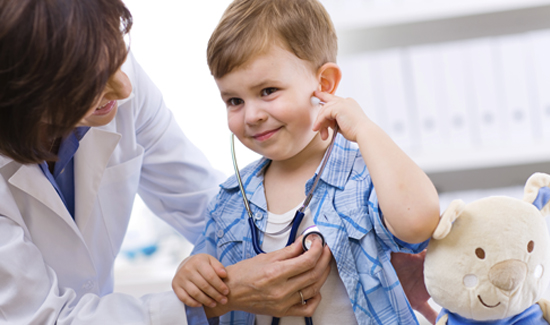 In New York, Sgt. Patrick Hildenbrand of the Red Hook Village Police Department was on patrol when a speeding vehicle caught his eye. He probably didn’t realize he was about to save a young kid’s life as opposed to just writing up a careless driver.

Hildenbrand lit the vehicle up.

The driver locked up his brakes and scrambled out of the vehicle holding what looked like a lifeless child in his arms.

Now the 2-year-old boy is breathing normally again and it’s all down to quick thinking and fast acting on the part of the kind of police officer you hope and pray is around when your kid’s in deep trouble.

“I just can’t thank the officer and his father enough for saving his life,” Amanda Small told reporters with the Poughkeepsie Journal.

The parents were racing the kid to the ER when Sgt. Hildenbrand saw them. The frantic parents knew their 22-month old son might not make it there in time considering traffic and other impediments.

Hildenbrand quickly got the father and his son in the backseat of his SUV and headed for the hospital.

While negotiating traffic at high-speed, Hildenbrand had the father hold up the kid to the partition in the glass that separates the front seat of the police SUV from the back.

“I felt for a pulse on his carotid artery,” Hildenbrand said.

But the father was understandably frantic and couldn’t follow the officer’s instructions. Thank God for long arms.

“I have long arms,” Hildenbrand told reporters. “I had my arm reaching backwards and I started doing two-finger compressions.”

When they arrived at Northern Dutchess, the medical staff began to put an airway into little Matthew.

And then there was the sweet sound of a small child crying.

He was breathing on his own again.

Blood tests later revealed that the kid had suffered a seizure.

Hildenbrand, a father himself, refused any hero talk and said he was just happy the thing worked out.

Speaking to reporters outside the Red Hook PD at the end of his shift, he watched his two young daughters playing on a nearby bench. He knows these incidents don’t always have a happy ending.

“It’s an emotional thing,” he said. “It takes a lot out of you. I’m glad his parents will be able to see him again and play with him.”