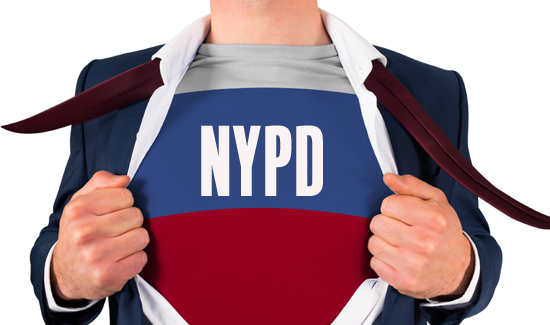 According to CBS News, two New York City police officers somehow managed to scale a 12-foot barbed wire fence before jumping onto live railroad tracks in the Bronx, grabbing a woman and whisking her to safety seconds before she would have been hit and surely killed by an oncoming train.

It was unclear based on the CBS report if the woman was attempting suicide or just disoriented.

NYPD Officers Ryan Gargan and Erika Malave were on patrol last Saturday when they saw the 60-year-old woman and the oncoming train, police said.

Clark and Gargan climbed over the barbed wire fence and Britton used his flashlight to signal to the train to slow down, police told CBS New York.

Clark and Gargan got to the would-be victim, picked her up and carried her back to the fence. The cops then formed a human chain and managed to get woman back over the fence to safety.

She was transported to Lincoln Medical Center for observation.

Gargan was treated for a gash on his right hand. He is expected to be fine.

Getting stories like this to the national media on a daily basis couldn’t hurt. There are individuals and groups devoted to getting illegal acts and negative police stories into press & TV feeds every day.

While I suspect reality is a normal distribution of events with puppy shooting cops who punch grandmothers in one side of the graph, the huge majority of police / citizen interactions in the middle and the events where exceptional valor is displayed on the other side of the graph.

On balance, getting the good stuff out there could ease the strain.