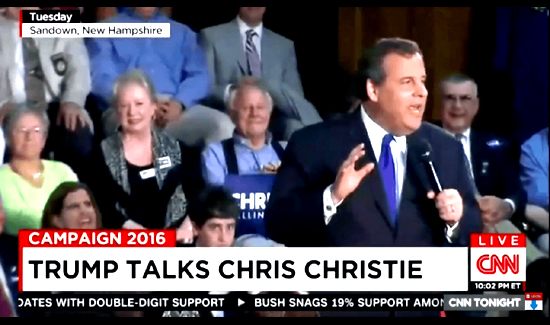 It’s a little heated right now, politically speaking, and sometimes when it gets like this, people get confused.

For instance, it’s not uncommon for cops to back a candidate for political office because that candidate does a good job of pretending he or she cares about cops or policing in general.

They make all kinds of complimentary statements about police heroes putting their lives on the line to serve and protect and all kinds of promises about what they’ll do to support police, once they’re in power.

With very rare exceptions, all of those statements turn out to be “sweet nothings in your ear” when it’s time to put up or shut up.

Like his new best pal, failed presidential candidate and wildly unpopular Chris Christie has talked a lot about how much he supports the cops.

But when it comes to walking the walk, he’s nowhere to be found.

But when you actually believe you have a shot at advancing your political career, going to the funeral of a fallen officer from the state you allegedly govern just isn’t important enough to make the to-do list.

It’s nothing short of disgraceful.

But make no mistake—there will always be politicians, particularly if they’re also lawyers, that manage to charm the pants off the law enforcement community on the campaign trail, only to turn around and reveal their true colors once their in office.

It’s a feature, not a bug of our political system.