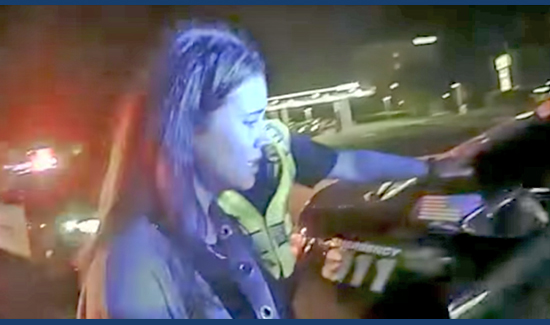 The first female Latina Republican in the New Jersey Assembly was captured by police-body cam footage going on a profanity-laced rant during a DWI arrest in April.

The body-cam footage GOP Assemblywoman Maria Rodriguez-Gregg was obtained by The Trentonian through a public records request and documents a combative exchange.

Police were responding when Rodriguez-Gregg was rear-ended by another driver.

“It’s three in the morning and they’re probably drinking,” she suggested. “Make them do a breathalyzer.”

“I don’t need this kind of sh*t from these assh*les who can’t drive,” she tells the police.

Of course, she name-dropped her political office.

“I got rear-ended and you guys are treating me like I’m the f**king a**hole,” Rodriguez-Gregg says.

Not long after, she continues, “I am a sitting assemblywoman. I am not an assh*le.”

Police then began a search.

“You’re dealing with a sitting Assemblywoman, everybody is going to hear about this sh*t,” Rodriquez-Gregg predicted. “Harass a Latino female — exactly, no marijuana, nothing.”

“I have done nothing but support the police, I have have been one of your number one supporters politically. F*cking assh*oles!” she cursed. “Yeah, exactly, mess with the wrong person.”

Everything was fine until she was asked about a scent of marijuana in her car. Then, “OH GOD”!